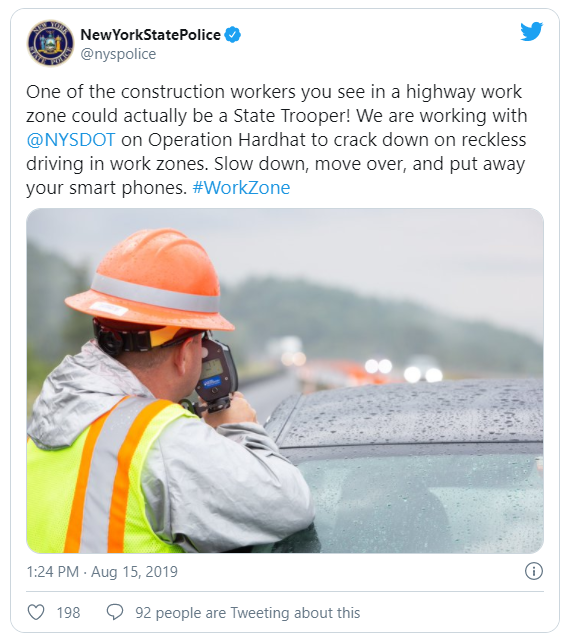 This year so far, according to a recent announcement by governor Cuomo, 37 operations have been conducted on New York State highways resulting in 432 speeding tickets, 112 seat-belts tickets, 192 cell phone tickets, 68 move over tickets, 2 failure to obey flagger tickets, 10 failure to obey traffic control device tickets, 1 DWI violation, 2 unsafe lane change tickets and 403 tickets for other violations. A total of  1,222 tickets were issued so far. Last year, the same campaign from May to November resulted in a total of 1,048 tickets.

Reckless driving in construction zone areas can not be tolerated as it can have have fatal consequences. It is essential that highway workers doing maintenance, construction or emergency assistance be protected. In construction zone areas, drivers must slow down and drive responsibly. When construction workers are working on the border of the highway, motorists must move over a lane if it is possible to safely do so or slow down if it is not possible to move over a lane. Cell phone use is not allowed while driving  and can be especially dangerous nearby highway construction zone as the slightest driver inattention can turn into a tragic accident. Additionally not obeying a flagman is reckless and can put the lives of other road users at risk.