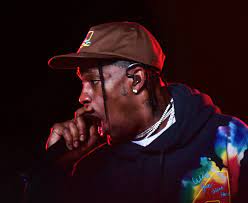 Our partner, New York Personal Injury Attorney Howard Hershenhorn  talked to Rolling Stone Magazine and the New York Times on behalf of our client Kyle Green who was left partially paralyzed after attending a Travis Scott Concert at Terminal 5 in New York in 2017 (see previous blog).

“Our client, Kyle Green, is devastated and heartbroken for the families of those who were killed and for those individuals who were severely injured. He’s even more incensed by the fact that it could have been avoided had Travis learned his lesson in the past and changed his attitude about inciting people to behave in such a reckless manner,” Hershenhorn said.

Kyle Green was attending a Travis Scott concert in Manhattan when he was pushed over a balcony by a surging crowd. He hit the ground and could not move anymore. Instead of being proprely taken care of by paramedics, Green was picked up by security guards who lifted him up  “without a cervical collar, backboard and other safety precautions” and dragged him toward the stage.

“Security picked him up like a sack of potatoes and carried him toward the front. Travis offered him his ring. Then they finally carried him out. Unfortunately, he was paralyzed,” Howard Hershenhorn told Rolling Stone.

In 2015, he was arrested by Chicago police after encouraging fans to climb over security barricades and storm the stage at Lollapalooza festival.

In 2017 he was arrested for inciting a riot in Arkansas. Police said the rapper “encouraged people to rush to the stage” .  Multiple people were injured and treated at the scene. Scott paid almost $7,000 to two people who were injured during the rush.

Last Friday night at Astroworld things went too far and the crowd surged so badly that 8 people died and more than 300 were injured.