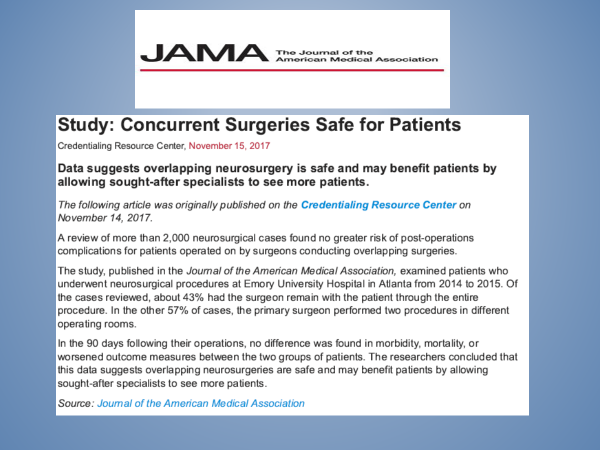 Rubinowitz pointed out that a more recent Canadian Study found that double-booked surgeries put patients at risk .  That Canadian Study found that patients whose surgeries were performed by surgeons overseeing two operations at once were nearly twice as likely to suffer serious complications as those doctors focused on one patient at a time. (See article in Boston Globe) 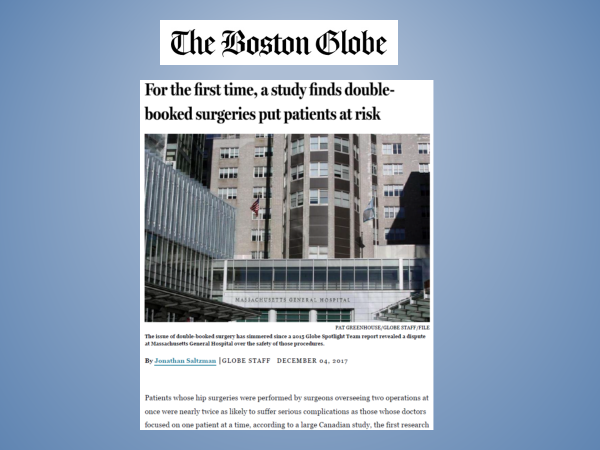 As part of his talk, Rubinowitz cross-examined practicing urologists to point out the multiple problems that can arise from this practice.  He made clear that if the treating surgeons were truly concerned about the health and welfare of the patient, they should question the logic behind the need to perform two surgeries at once.  While the surgeons could argue that they work for a teaching hospital and are merely providing education to their residents or physicians in training – – the problem is that unexpected events can take place during the surgery.  Indeed, unexpected events are not uncommon.  In fact, Rubinowitz argued that it is unfair to leave the patient in the hands of an inexperienced physician when such events occur because once the attending surgeon is “out of the room,” he/she is never “immediately” available to deal with the unexpected event or complications.  “Running two rooms at once,” Rubinowitz said, is done for one reason: “PROFIT OVER PATIENT CARE.”  “Ghost Surgery is never in the best interests of the patient.  Let’s call it for what it is: ‘Half the time – – Twice the money.’”  One of the more significant problems Rubinowitz pointed out was that the patient is rarely informed, prior to the procedure, that he will be attended to during surgery by an inexperienced doctor who is only a resident in training without appropriate supervision. 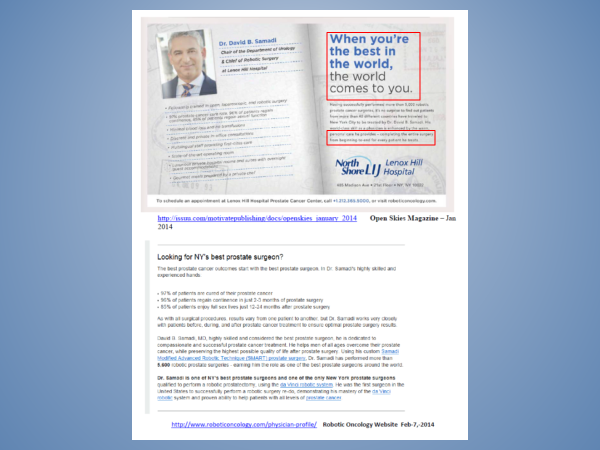 More than two years ago, The Boston Globe presented a comprehensive study on the dangers of concurrent or simultaneous surgeries.  However, many teaching hospitals have failed to heed the warnings of this report.  Recently, a well-known New York City physician came under fire for performing a significant number of concurrent surgeries without, allegedly, properly informing his patients that the surgeries were intentionally booked to overlap; that the resident would be left in the O.R. without the attending surgeon’s supervision; and that the patient was not even informed who would be the covering physician.  That surgeon, Dr. David Samadi, has been performing concurrent surgeries for years.  It is alleged that Samadi did not properly inform his patients that he had double-booked their surgeries and, worse, that he did not properly provide his patients with his plans at the outset for simultaneous surgery, thus preventing the patient from giving appropriate informed consent for the surgery.  One of the most striking, if not shocking issues related to Samadi, is that he allegedly participated in false advertising suggesting that he would complete “the entire surgery from beginning-to-end for every patient he treats,” knowing that he would be out of the room since he had actually double-booked the surgeries. 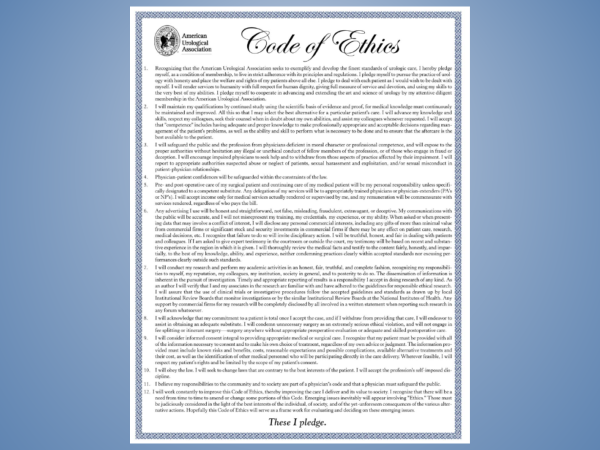 Additionally, it is alleged that Samadi made false and misleading claims in his advertisements by suggesting that, in his hands, 97% of (his) patients are cured of their prostate cancer, that 96% of (his) patients regain continence in just 2-3 months following the prostate surgery and that 85% of (his) patients enjoy full sex lives just 12-24 months after the surgery. 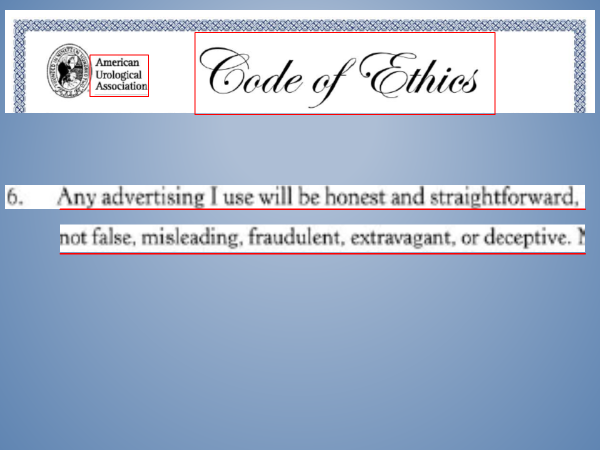 Many of the Urologists attending the Urologic Forum were incensed at the claims put forth in Samadi’s advertising – – and suggested that such claims were misleading and false.  The American Urology Association’s Code of Ethics has specific dictates when it comes to Doctor Advertising.  That Code is explicit: Any advertising by a urologist must be “honest and straight forward, NOT false, misleading, fraudulent, extravagant or deceptive.” (emphasis added)

The talk Rubinowitz gave to the urologists was presented in an effort to educate physicians as to the dangers of engaging in a practice that is not in the best interests of the patient.  While arguments can be intellectually advanced to suggest that the practice of concurrent surgery is appropriate, in his cross-examination of the urologists, Rubinowitz challenged the doctors to answer the most important question – – a question rarely used on cross-examination – – but one that is appropriate in this instance:

Q:  Tell us doctor, WHY is it in the best interests of your patient for you to leave the operating room to treat another patient?

Interestingly, the doctors had no legitimate answer to that question.

Ben Rubinowitz is the managing partner of Gair, Gair, Conason, Rubinowitz, Bloom, Hershenhorn, Steigman & Mackauf.  He limits his practice to plaintiff’s personal injury, medical malpractice, Wrongful Death and Products Liability Claims.  Rubinowitz is one the few attorneys in the country who has been recognized by Best Lawyers as the “Lawyer of the Year” four times.