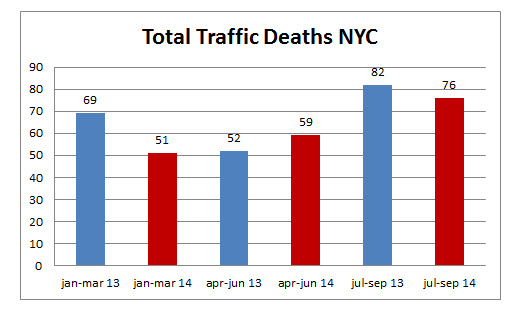 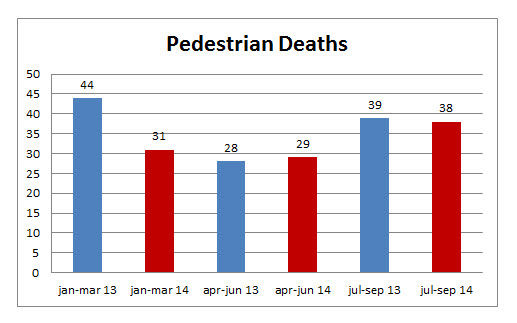 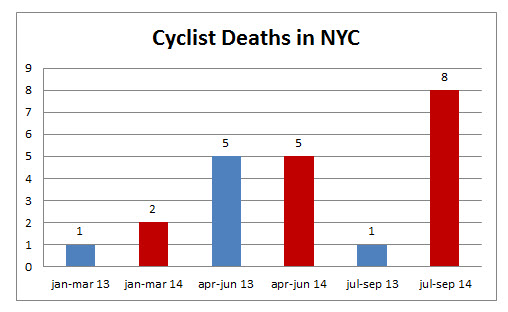 Vehicle passenger deaths were also on the rise this summer compared to the summer of 2013, after a slight decline in the spring and a huge decline at the end of the winter. 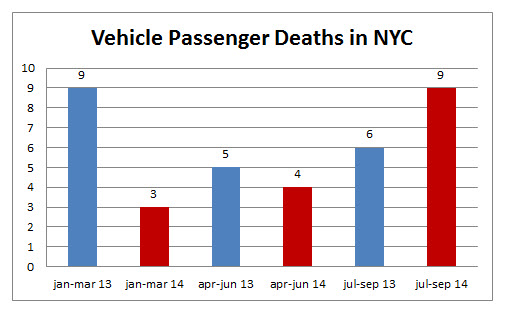 Only motorists fatalities declined this summer going from 36 in 2013 to 21 in 2014 while they increased in the spring and were stable at the end of the winter. 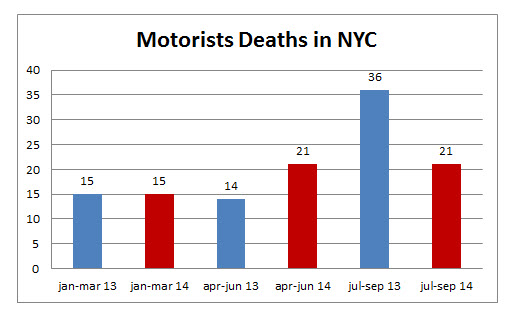 It is too early to draw conclusions on the effectiveness of the Zero Vision Program launched at the beginning of the year by the de Blasio administration but so far data indicate that motorists are the main beneficiaries of the recently implemented traffic calming measures while pedestrian and bicyclists especially continue to be the victims of traffic violence in New York City.