167 people, including 80 pedestrians, 15 cyclists, 17 vehicle passengers and 55 motorists died in traffic accidents in New York City between the beginning of January and the end of August 2013 compared to a total of 177 including 96 pedestrians, 7 cyclists, 18 vehicle passengers and 56 motorists for the same period of time in 2013. The number of motorists and passengers vehicle deaths is stable while pedestrian deaths have been declining following some intense Zero Vision campaigning. However not everything looks good in this picture: the number of cyclists dying in traffic accidents more than doubled during that time. 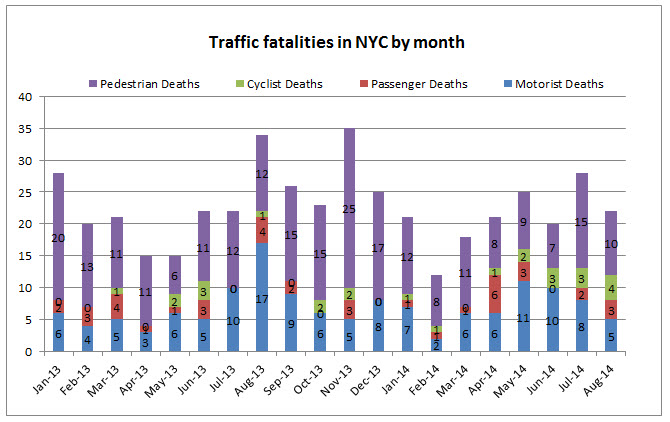 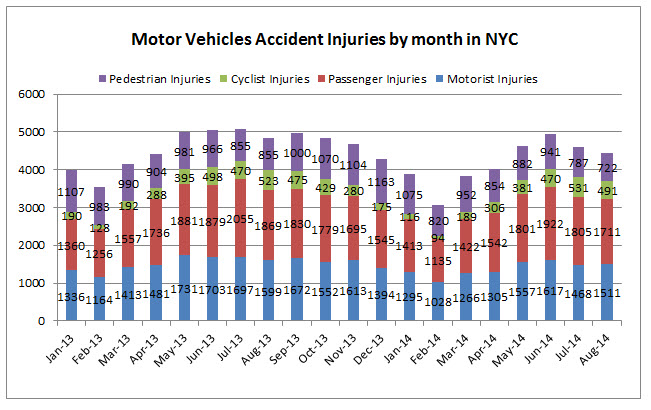 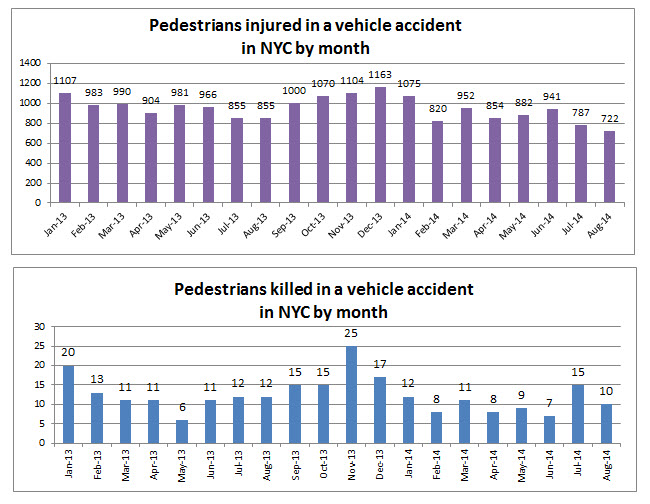 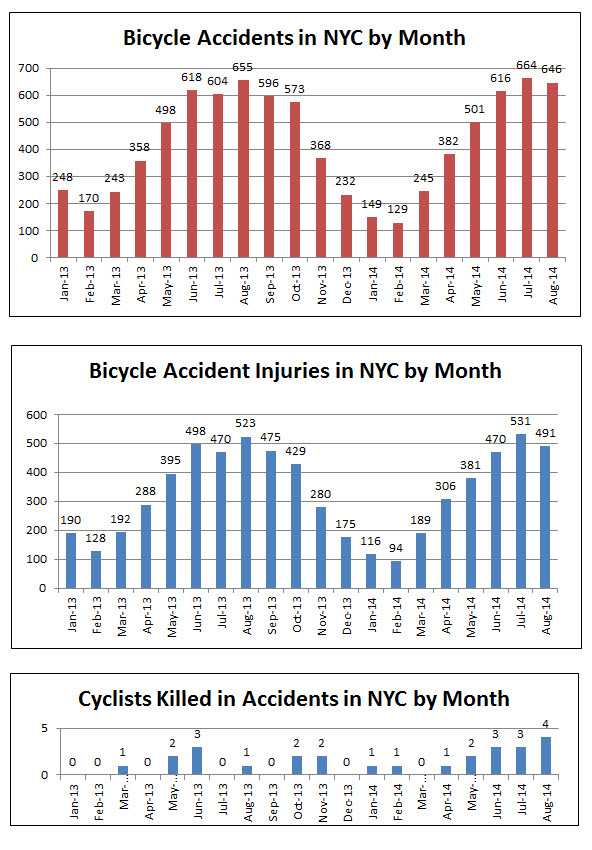 Also in the bad news category, the number of accidents related to distracted driving continued to increase in NYC and was above 3000 for the first time last August.