Our partners, New York personal injury lawyers Ben Rubinowitz and Peter Sagir represented the family of Marilyn Dershowitz, a retired Manhattan Supreme Court special referee who died in a bicycle accident during which she was hit by a postal tractor trailer truck.  Following a two-week bench trial in February U.S. Magistrate Judge Sarah Netburn found the federal government 100% liable for the fatal accident in a 72 page Opinion.

The accident happened on Saturday July 2, 2011. Marylin and her husband Nathan Dershowitz of Dershowitz, Eiger & Adelson, and the brother of Harvard Law professor Alan Dershowitz,  were riding their bikes on West 29th street between Ninth and Tenth Ave in Manhattan, New York. Both were wearing a helmet. As they rode under an overpass connecting two US postal mail facilities, the road was narrowed by a protruding Postal Trailer that was perpendicularly parked at a dock. As Mrs Dershowitz was about to ride her bike in the narrower side way, just behind her another postal trailer, driven by Ian Clement, was competing with a silver minivan to get in first in the narrower roadway as  due to the parallel parked trailers to the south and the protruding perpendicular Postal Trailer to the north, cars were not able to travel side-by-side. The postal trailer got in before the minivan but he didn’t see the cyclist and hit her as he was veering to the right to be able to fit into the roadway.

Southern District Magistrate Judge Sarah Netburn ruled Wednesday that the federal government was 100 percent liable for the accident. Netburn said “a preponderance of the credible evidence” showed that Clement’s driving and the placement of a postal trailer protruding into the street were the “sole, proximate cause of the decedent’s injuries. Mrs. Dershowitz was not contributorily negligent.”

“As tragic an event as this is, the Dershowitz family was relieved to know and vindicated to know the judge found no fault on the part of Marilyn Dershowitz.” commented Ben Rubinowitz. Rubinowitz estimated damages would be approximately $5 million. 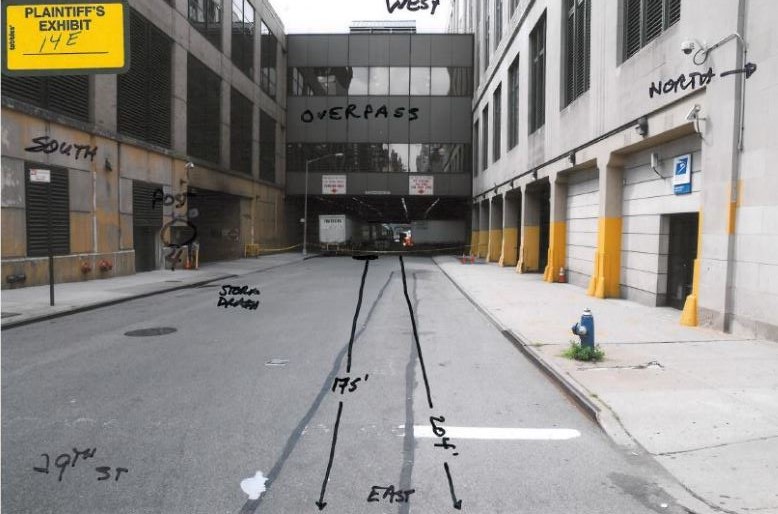 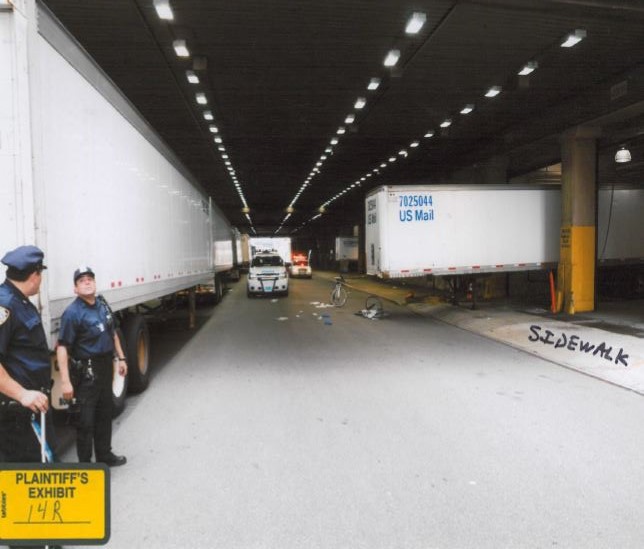