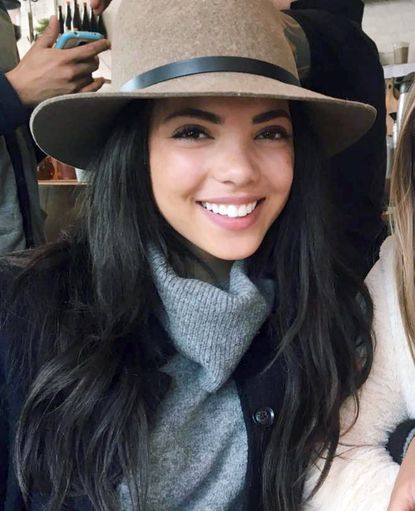 A student fell to her death in New York after trying to climb to the top of the Bell Tower at Fordham University.  22 year old Sydney Monfries was among a group of students who, at 3:00 am on Sunday morning decided to climb to the top of the Keating Hall and Bell Tower to take pictures and admire the view. As they were climbing up, Sydney fell through a hole in one of the stairway landings. She fell 30 to 40 feet and landed on the ground inside the tower. EMS found here there with multiple trauma to her head and body and had trouble getting a pulse. They were able to reanimate her and to rush her to the hospital. She was on life  support for a few hours and ultimately died from her injuries.

A senior at Fordham College, Sydney was supposed to graduate in May. An intern at InStyle magazine, Sydney was studying journalism and specialized in digital technology and emerging media. She was a native of Portland, Oregon.

Fordham President, Joseph McShane told the parents they would receive a bachelor degree in journalism posthumously at an appropriate time.

Climbing the Bell Tower is a dangerous tradition on Fordham Campus

Despite access to the tower being banned and locked by the school, climbing to the Keating clock tower has always been on the bucket list of many Fordham students. Climbing the tower was already the subject of an article in the Fordham Ram in 2013.

Sidney was seen leaving a restaurant with a group of friends an hour before her death. A fellow student who was working there thought she was going home. Instead the group headed to the Bell tower located 5 minutes away from the restaurant. They wanted to have a good time and take some pictures. “They were like, ‘We’re seniors. Let’s go.’”