A 57 year old man was seriously injured in a bicycle accident during which a car hit him and fled. The bicyclist had stopped in the middle of the street and was trying to cross West  145th street near Lenox Avenue when a red sedan struck him and sped away. The impact was so strong that the bicyclist was thrown in the air and landed on the windshield of the car, rolled off the hood and then hit the pavement while the bike was catapulted in the air and hit a minivan. The police are still searching for the reckless driver.

West 145th Street is a very dangerous street where many crashes have occurred in the past.  The bicycle accident happened near the intersection of Lenox Ave. According to the NYC.crashmapper heat map, 89 collisions were recorded at this location over a period of 31 months. 10 pedestrians, 2 bicyclists, 10 passengers and 11 motorists suffered personal injuries in theses crashes. Click on map below to see full size 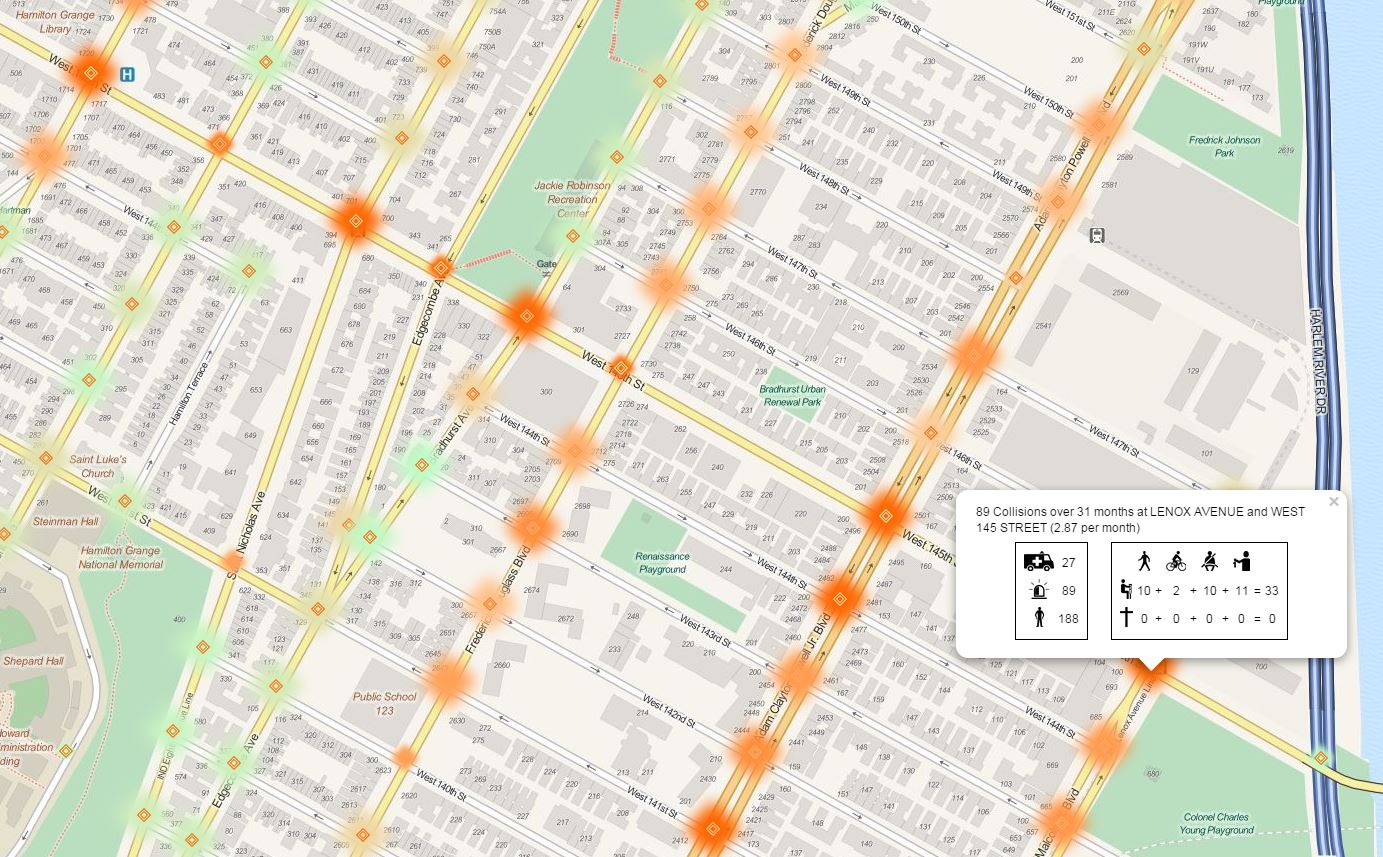