A reckless truck driver fatally struck a NYC pedestrian as he was in the crosswalk with the light in his favor. The truck accident occurred early morning  around 6:30 am on October 4th.

63 year old Benjamin  Berger was crossing the street at the intersection of Flushing Avenue and Bedford Avenue. He was in the crosswalk with the greenlight in his favor when a box truck turning left from Flushing Avenue onto Bedford Avenue literally rolled over him. A surveillance video posted by Williamsburg News shows the truck turning recklessly without slowing down and driving over the victim.  When  paramedics arrived at the scene of the accident they found the victim dead with severe body and head injuries. The man was living just a block away.

The driver was identified as 44 year old Torriez Bailey from Maryland. He was arrested by the police and charged with failure to use due care and failure to yield to a pedestrian.

DANGEROUS INTERSECTION WITH PREVIOUS ACCIDENT INJURIES AND ONE FATALITY

While there is no excuse for the truck driver’s reckless behavior, the intersection of Flushing and Bedford Avenue is dangerous. Another pedestrian previously died at this location: 62 year old Meilech Weiss was killed in a car accident in 2011.  Since then, according to NYC crash mapper, 17 cyclists, 15 pedestrians and 35 motorists were injured in 51 crashes.

TRUCK ACCIDENTS ON THE RISE IN NEW YORK CITY

According to the most recent statistics, truck accidents are on the rise in New York City. Last August there were 711 truck accidents reported to the NYPD compared to 638 in July and 635 in August 2021. Accidents reported to the NYPD are only those involving injury or significant damages. While they are essential to deliver goods to businesses and residents across the city, trucks are among the most dangerous vehicles especially  to cyclists and pedestrians. 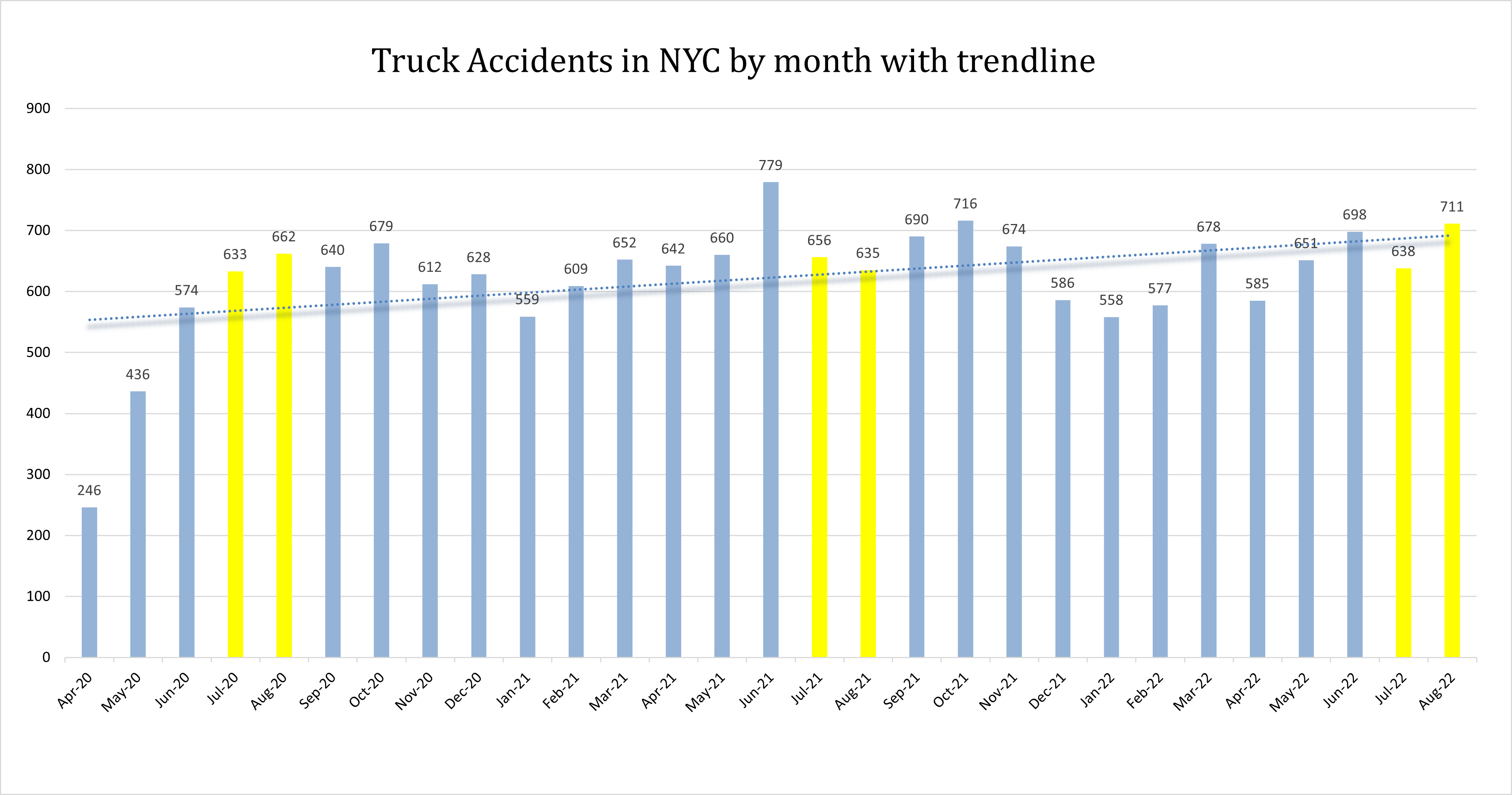