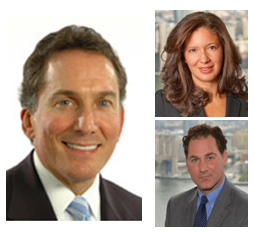 We are proud to announce that a bicycle accident verdict and an auto accident settlement obtained by our New York personal injury attorneys have been listed in the 2015 New York Law Journal’s New York’s Verdict & Settlement Hall of Fame. Induction into the New York’s Verdicts and Settlements Hall of Fame is based on five years of verdicts and settlements submitted to the Verdict Search database. Those cases that could not be submitted due to confidentiality restraints were not considered. The practice area focus for this year’s Hall of Fame honors is Motor Vehicle.

The two cases handled by our firm that made it to the Hall of Fame are “Ortiz v. New York Transit Authority” and “Estate of Farinacci v. Powell”. In the first case, our personal injury attorneys Ben Rubinowitz and Peter Saghir obtained a $8.57 million verdict for a bicyclist who suffered degloving injuries to her leg after being struck by a MTA bus in Manhattan. In the second case, attorneys Ben Rubinowitz and Diana Carnemolla obtained a $8 million settlement for the husband and the 4 year old child of a 22 year old mother who was killed by a drunk driver. This settlement was the largest award in the State of New York for the wrongful death of a mother leaving one child surviving her.