Every month almost 100 auto accidents in New York City are caused by drivers who fell asleep or who are drowsy behind the wheel. According to a recent article in the Post, Uber drivers must work more than 19 hours every day to make ends meet. This situation is putting Uber passengers, pedestrians and other New York road users at the risk of dangerous accidents.

The Taxi and Limousine Commission regulation prohibits cabbies from driving more than 12 hours straight. However very few Uber driver seem to respect this rule. If they would they would simply not make enough money.

Limo Drivers were protesting last week at city airports against a cut of 15% of the fares that took place at the end of January. Uber may have simplified the life of many New York commuters but for cabbies and limo drivers conditions have only gotten worse. Those who owned yellow taxi medallions have seen the prices plummet with Uber competition and regular limo companies have lost many clients to Uber.  Limo drivers are making so little money on their fares these days that they are forced to work long hours.

The graphs below shows a surge in accidents that are related to drivers falling asleep behind the wheel. While in 2013 there were approximately 50 accidents caused by a sleepy driver, this number doubled to close to a 100 every month in 2014 and 2015. It would be interesting to know how many were Uber drivers? 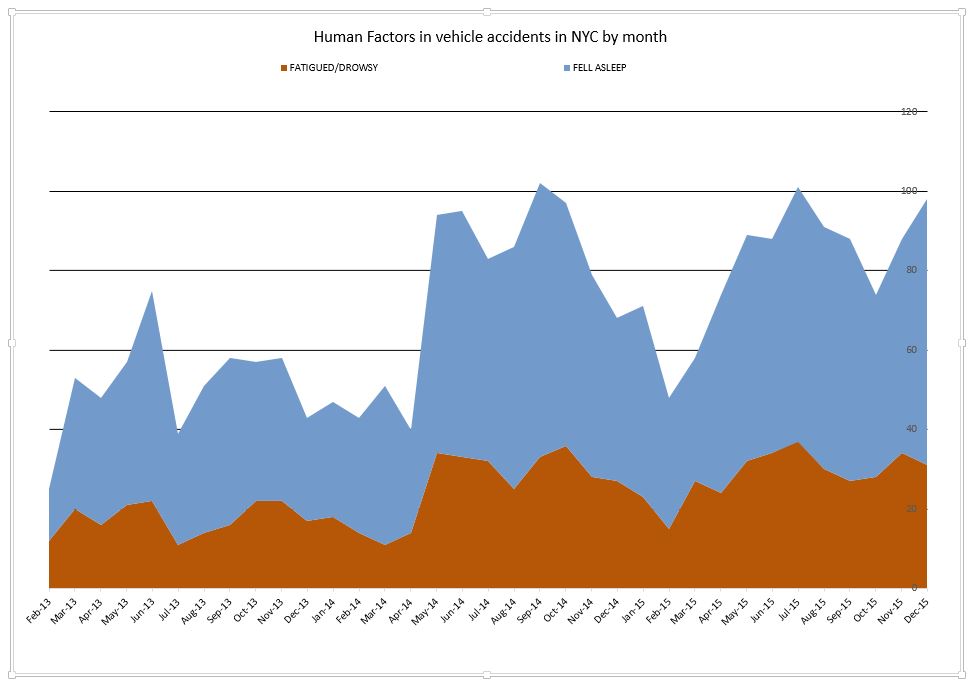