END_OF_DOCUMENT_TOKEN_TO_BE_REPLACED

Another NYC pedestrian hit by an out of control driver died. A week ago, 38 year old Jennifer Tolliver was walking on a NYC sidewalk with her 6 year old son Ashton when they were struck in the back by an out of control driver who jumped the curb (see previous blog).  Tolliver and her son were rushed to the hospital in critical condition. The driver who hit them was also transported to the hospital. He was seriously injured but was in stable condition. Yesterday the police announced that Jennifer Tolliver died from her injuries leaving behind her son for whom the police did not provide an update. The police also confirmed that they did not charge the driver. At the time of the accident the police mentioned that the driver may have suffered a medical episode however they did not provide any update about it and what type of medical episode he may have suffered. Read more in the NY Post

END_OF_DOCUMENT_TOKEN_TO_BE_REPLACED

A 13 year old boy and a 62 year old man were crossing the intersection of Park Avenue and 57th Street in Midtown, Manhattan when a FreshDirect truck making a left turn struck them and dragged them under its wheels. The two pedestrians were in the crosswalk when the truck hit them. The driver told the police that he did not see them until he looked in his side mirror and saw one of them lying on the ground.

A doorman who was working in a nearby building ran to the rescue and told the NY Daily News that he arrived to a very bloody scene. The teenager had his face smashed and bones were protruding from his body. Both victims were rushed to the hospital in critical condition.

END_OF_DOCUMENT_TOKEN_TO_BE_REPLACED 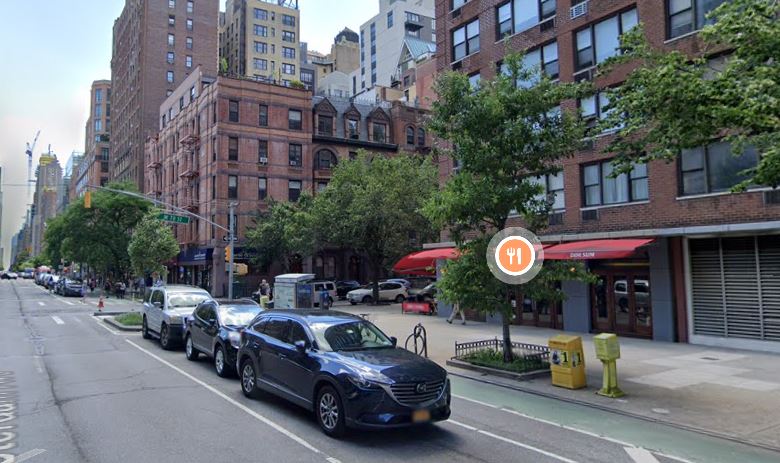 END_OF_DOCUMENT_TOKEN_TO_BE_REPLACED

6 pedestrians were injured in Manhattan after a driver plowed into a group of protesters last week (see video below). 52 year old Kathleen Casillo, from Queens, was driving a 2019 BMW Sedan near the intersection of 39th Street and Third Ave when she crossed road with a group of a protesters marching to support a group of ICE detainees observing a hunger strike at a detention center in Bergen, New Jersey.

According to protesters, the woman got into the back of the protest with her car and some protesters got concerned that she was driving too fast. The car got surrounded by a a small group of protesters including one of them who leaned over the front of her car in an attempt to slow her down. Instead of slowing down, the woman who was in the car with her 29 year old daughter took off and charged the protesters, driving into the crowd at high speed. Several pedestrians got hit and went flying into the air while others were screaming and running away in panic. The woman was apprehended by the police shortly after and arrested.  She was charged with reckless endangerment and released and day after. She is due in Court on February 22nd. As the police arrested the woman, ambulances pulled in and EMS attended to the injured people.

END_OF_DOCUMENT_TOKEN_TO_BE_REPLACED

While a high number of fatal bicycle accidents painted a very negative picture of New York street safety, not all numbers are bad. For example pedestrians fatalities were at their lowest during the period of July, August and September 2019. Motorists fatalities were lower than the two previous years during this same period and passengers fatalities were stable.

The total number of auto accident related injuries were slightly lower than the previous year. A total of 167,083 people were injured in traffic accidents during over the summer 2019 compared to respectively 16,300, 15,860, 16,048, 13,998, 13,472, and 14,900 during the same 3 months of 2018, 2017, 2016, 2015, 2014 and 2013. Motorists injuries account for almost half of the injuries and continue to increase. While efforts to protect pedestrians has led to a substantial decrease in pedestrian injuries and deaths, distracted driving remains the number one cause of  motor vehicle accidents in New York City and needs to be addressed.