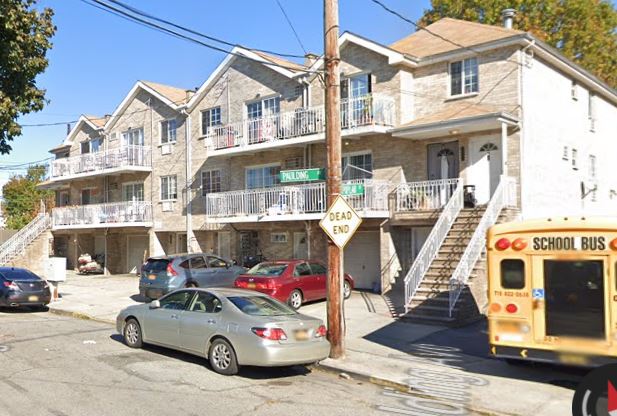 When  firefighters arrived at the scene they found good samaritans  trying to carry down kids and mothers from balconies. A total of 10 people were injured during the gas explosion, among them 6 children. 2 children are in serious condition: a 5 year old child with special needs and Molly, the 4 year ols sister of the 6  month old baby who had to be thrown out of the window by her mother. Molly suffered two broken legs and some lung trauma while Madison, her 6 month old sister had her hair and eyelashes burned.

Tenants had to be evacuated and were being assisted by the Red Cross fo replocation.The Department of Buildings inspected the building and found it structurally stable despite severe damages to the interiors.  Plumbing inspectors are now investigating how the gas explosion occured.

Picture of the location of the explosion: courtesy of Google Map