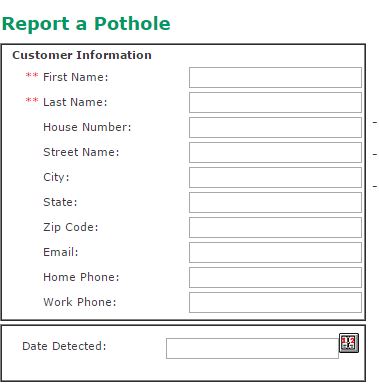 A New York bicyclist suffered severe personal injury after he hit a pothole and impaled his neck on a nearby fence. The man in his forties was riding his bike near Stockholm Street and Woodward Ave in Ridgewood, Queens, NYC, when the bicycle accident happened. The man hit the pothole and fell off the bike, hitting his head on the ground. He then tried to stand up but stumbled on a metallic fence on which he impaled his neck. The fence went all the way through his neck. When the EMS arrived they had to cut part of the fence to be able to treat the bicyclist. He was taken to the hospital in stable condition.

Several cyclists interviewed by the NY Daily News were aware of the pothole and said the bicycle accident could have been avoided if the city was more proactive in repairing the potholes.  We can only hope that these cyclists were proactive as well and had previously taken a picture of the pothole and reported it to the City so that this bicyclist stands a chance to be compensated by the City for his gruesome injuries.  In New York, most pothole cases can only be won if the City had “written notice of the defect” before the accident occurred. If you are a bicyclist or a pedestrian in New York City and you notice a pothole, snap a pic and report it! It doesn’t take long and it may cause repair and protect a bicyclist in the future.