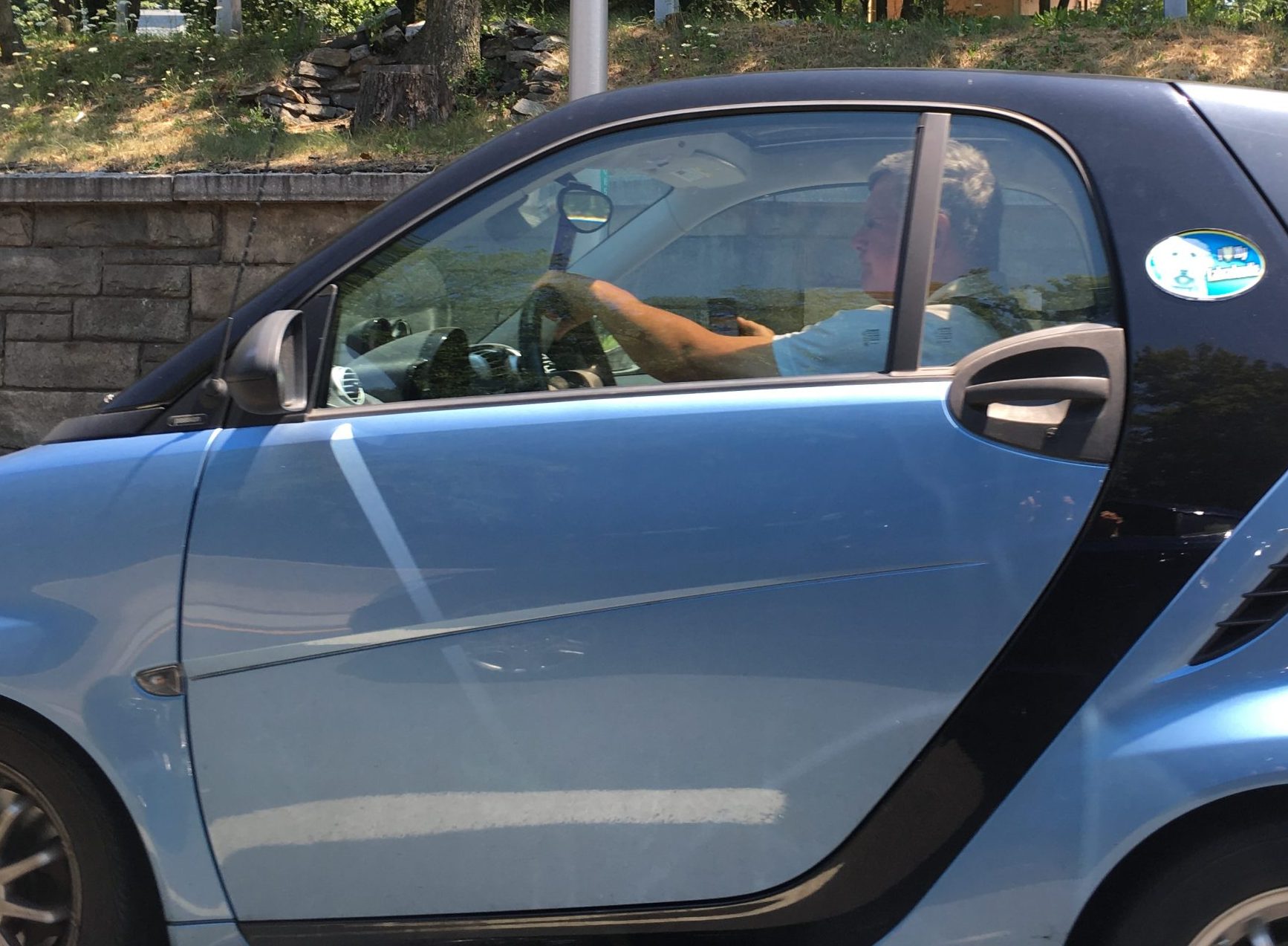 A NY State Trooper who sustained catastrophic injuries after being struck by a distracted driver in Long Island, NY  recently died. The accident occurred 3 years ago. Joseh Gallager who was 38 year old at the time, was helping a disabled motorist on the Long Island Expressway when he was struck by Jesse Cohen. Investigation found that at the time of the accident, Cohen was text messaging with 3 different people and had 3 social media apps open in the 20 minutes prior to the accident. Gallager suffered traumatic brain injury and lost the ability to talk, walk or eat without help. He passed away on March 26th, leaving behind his wife and two chidden as well as his parents, sisters and brothers. His funeral took place last week (see obituaries in NewsDay).

The death  of State Trooper Joe Gallager, occurred just before the beginning of  “Distracted Driving Awareness Month” and as a reminder, the police in Nassau County have been launching a major campaign enforcing distracted driving laws on their roads.

During the whole month the Nassau Highway Patrol officers will be out in full force, on the look out for distracted drivers, pulling them on the side of the road and ticketing them. A ticket for distracted driving in Long Island, NY costs $288, five points on the driving license and the subsequent increase in insurance premiums for several years.

Nassau County is not the only place where distracted drivers will be targeted. Governor Cuomo also recently announced that State Patrol capacities will be increased all over New York State and Sate Troopers will take part in the distracted driving campaign between April 8 and April 12.