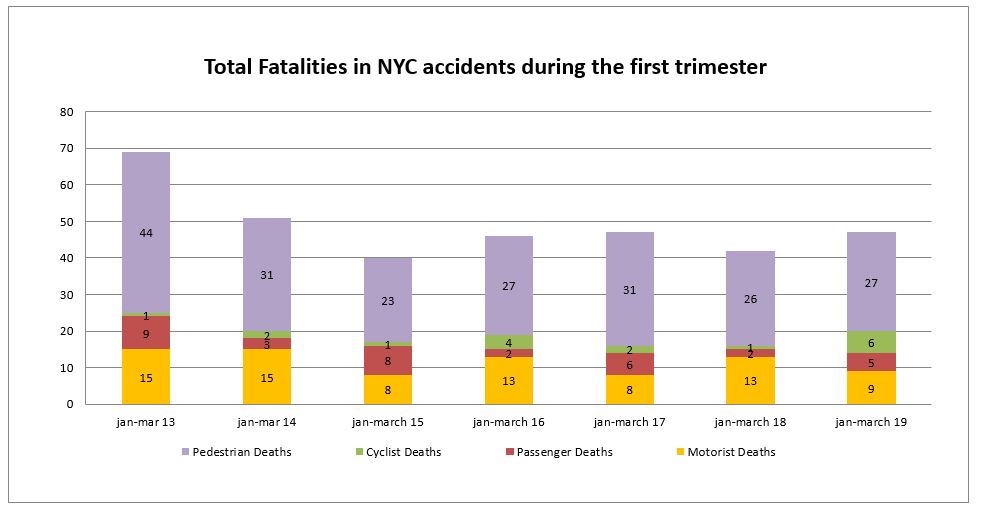 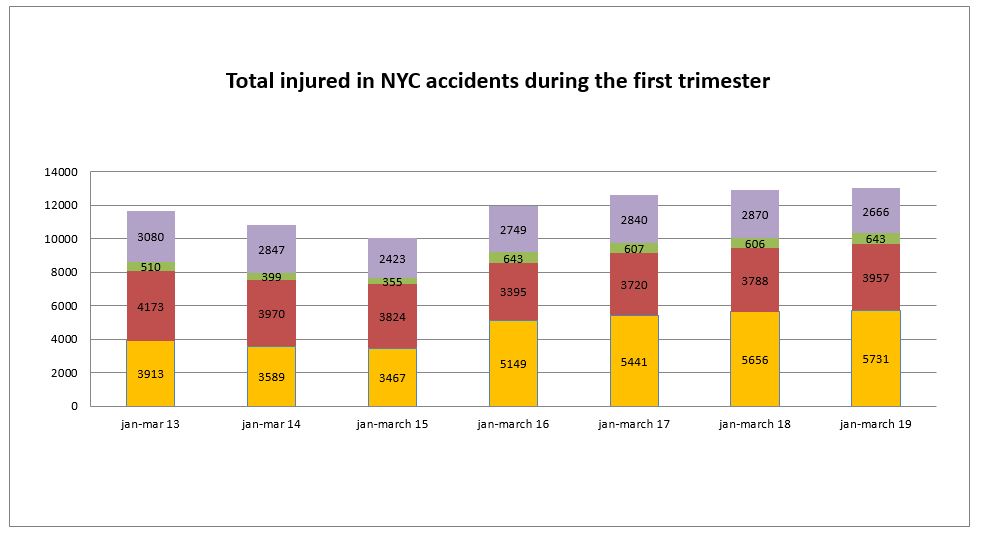 The most alarming data this first trimester was the death of 6 cyclists. This number has never been so high in the past. After an uptick to 4 during the first trimester of 2016 the number of deaths related to bicycle accidents in NYC went down to 2 and 1 during the same period of 2017 and 2018. Last year during the entire year, 9 cyclists died in traffic accidents which was a record low. However the first trimester deaths are an indication that the city can’t relax its efforts to improve protection for the growing number of people commuting by bikes in the city.

Pedestrians continue to be the category of road users the most at risk of dying in a traffic accident in New York City. 27 of them died during this year’s first trimester compared to respectively 26, 31, 27, 23, 31 and 44 in 2018, 2017, 2016, 2015, 2014 and 2013. Pedestrian deaths significantly decreased in 2014 and reached their lowest in 2015 which was the second year of Vision Zero. Then they went slightly back up and stabilized a little bit below 30.  This is still very far from the Mayor’s goal of having no more pedestrian deaths in the city.

The number of motorists injured in NYC auto accidents during the first trimester reached a record high at 5,731 compared to repetitively 5,656, 5,441, 5,149, 3,497, 3,589, 3,913.  Compared to its lowest in 2015, the number of motorists injuries increased by 59%. Motorists are driving more slowly, however they are getting more distracted. Distracted driving is the number one cause of accidents in New York City.

5 passengers died in car accidents in New York City during the first trimester of 2019 compared to 2 the same period of the previous year. Passengers deaths are globally on a declining trend since 2013 and reached their lowest in 2016 and 2018 with 2 passenger deaths over the first three months of the year.