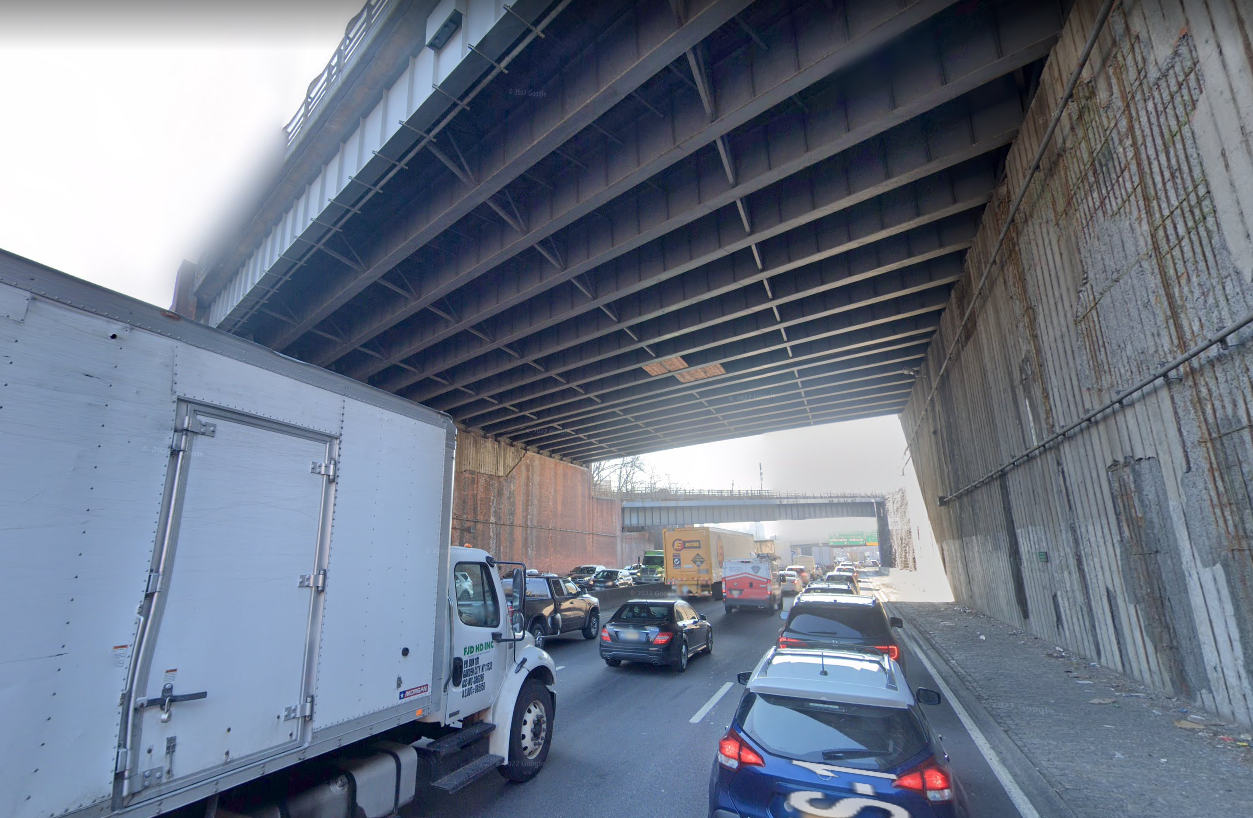 The impact was so intense that it caused an explosion and all three vehicles got caught in a massive fire. The last tractor trailer truck and the Range Rover were completely destroyed by the fire. Firefighters worked all night to put out the fire and all lanes of the Cross Bronx Expressway as well as the southbound lanes of the Major Deegan were shut down until early this morning, creating a traffic nightmare the commuters.

The police are still investigating the accident. Nobody was charged and no arrests were made.

Picture of the Cross Bronx Expressway underneath University Avenue where the deadly crash occurred: courtesy of Google map