Ethel Rubenstein, a 69 year old pedestrian died after being hit by a minivan on Sunday night. She was crossing 11th Ave. at 49th St. in Borough Park, Brooklyn, New York. The police are still investigating the cause of the accident. Read more in the New York Daily News

According to New York Crashmapper, during the last 25 months there were 5 other collisions at this location. One motorist and one cyclist were injured.

John Dozier, a 64 year old Navy Veteran died after he was struck by a rented Chevy SUV on Friday night around 8:25 p.m. as he tried to cross Remsen Ave. and Avenue L, in Brooklyn New York. The police are still looking for the hit and run driver. Read more in the New York Daily News

A young man suffered severe personal injury after he was struck by a car at 57th Ave. and 99th St. in Corona, Queens, New York on Sunday. The 32 year old driver who was drunk, fled the scene but was later arrested by the police and charged with leaving the scene of an accident and driving while intoxicated. Read more in the New York Daily News.

This year in New York eight children died after being struck by a car or another vehicle including three last week. The advocacy group “Right of Way” bicycled all over town on Sunday to stencil body outlines at the eight sites where these young children have been killed. 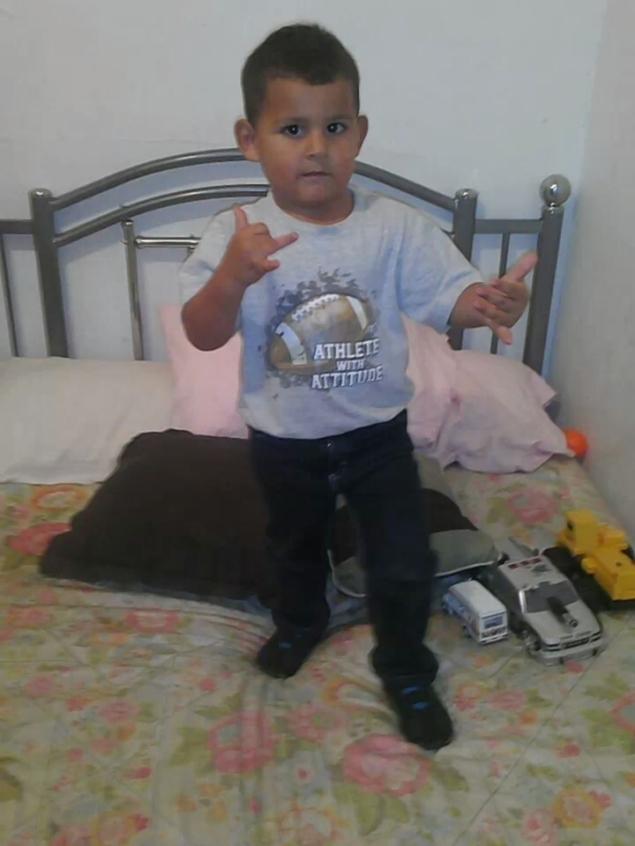 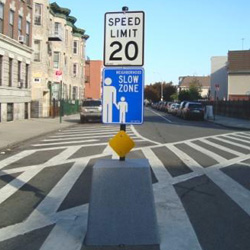 In New York City 81 people died in traffic accidents related to speed last year. Even though this number is one of the lowest ever recorded, speeding remains the greatest contributing factor in traffic fatalities in the city. In a continuous effort to make the city safer and reduce traffic fatalities, Mayor Bloomberg and Traffic Commissioner Sadik-Khan announced this week that the New York Neighborhood Slow Zone program would be expanded to 15 new communities.

In a previous post in May we announced that communities could apply for Neighborhood slow zones. The City received a total of 74 applications and selected 15 of them based on criteria such as crash history, community support, proximity of schools, and senior and daycare centers.

The 15 communities selected are: Alphabet City in Manhattan, Norwood in the Bronx, Clinton Hill/Bedford Stuyvesant and Brownsville in Brooklyn, and Jackson Heights, Queens in 2014; Sunnyside Gardens/Woodside and Sunnyside in Queens, Crown Heights, Brooklyn, Parkchester in the Bronx and Manhattan’s West Village in 2015; and Midland Beach in Staten Island, Brooklyn Heights and Prospect Heights in Brooklyn, Westchester Square in the Bronx and Hudson Heights in Manhattan in 2016.

END_OF_DOCUMENT_TOKEN_TO_BE_REPLACED

A pedestrian died after he was hit by a car driven by a drunk off duty cop last Friday early in the morning on Richmond Terrace near Simonson Ave. in Mariners Harbor in Staten Island, New York.

William Hemphill, 51, a union operating engineer was crossing the road to go to work at the Great Lakes Dredge & Dock Company shipping office, when the car driven by NYPD off duty cop Joseph McClean hit him so hard that he landed a block away. Paramedics rushed Hemphill to a Staten Island hospital, where he died.

END_OF_DOCUMENT_TOKEN_TO_BE_REPLACED

A 3 year old girl who broke free from her grandmother while crossing the street was struck by a car and died on her way to the hospital. The accident happened as they were crossing Main Street at Cherry Ave in Flushing, Queens, New York.

It is very difficult for motorists to see young children if they run in front of their car. Parents, grandparents and caregivers should always make sure to safely hold the hand of young children when crossing the street or walking near a road. They should not let them run ahead. Additionally if young children are not strapped in a pushchair, the use of a rein may be a good idea, especially in the city where there is so much traffic.

Car accidents are the leading cause of teens death. Every year more than 5000 of them die on the road. The risk of being involved in a deadly accident is four times higher for a teen than for an adult.

To create awareness on the risks of teen driving, the National Teen Driver Safety Week was created in October 2007. The NTDSW is a time designated by Congress annually to raise awareness of teen driver safety topics and to encourage safe teen driver and passenger behavior. It is well supported by state and local governments as well as the media and celebrities.

The subject this year “It Takes Two: Shared Expectations for Teens and Parents for Driving” looks at how parents and teens should interact to develop safe driving habits.

END_OF_DOCUMENT_TOKEN_TO_BE_REPLACED

Mazda just recalled 161,400 defective cars in the US because loose screws can cause the side doors to come open while the car is being driven. All Mazda6 produced during 2009 to 2013 at a plant in Flat Rock Michigan are affected. Mazda will apply a thread-locking adhesive to the screws and re-tighten them free of charge. The recall is expected to begin by October 18