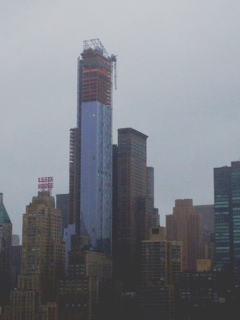 The NYC Department of Buildings is failing to adequately protect New Yorkers from dangerous construction accidents. A recent audit by New York City Comptroller Scott Stringer show that for the 85,000 complaints that the agency received in 2019, the DOB was late in one out of five initial inspection attempts. Additionally when a first inspection took place and resulted in violations for immediately hazardous conditions, the DOB failed to make a legally required inspection  within the 60-day statutory deadline. The DOB’ s negligent attitude allows for unsafe building conditions to remain uncorrected, potentially putting New Yorkers at risk of dying or being injured in dangerous construction accidents.

“No one  should have to live or work in fear of debris or unstable scaffolding crashing down on them in a home, place of work, or at any other site in this city,” said New York City Comptroller Scott M. Stringer.

How does the DOB respond to complaints of potentially unsafe buildings?

In New York City, anyone witnessing unsafe safety practices on a construction site or an unsafe building can call 311 to report their concern. Other city agencies as well as DOB inspectors also address complaints to the DOB. The complaint is then dispatched to a dedicated unit in the DOB for inspection. The unit examines the complaint and classifies them in 4 priorities :

When the inspector is dispatched to the site and finds a violation, an OTAH (Office of Administrative Trials and Hearings violation) and/or a DOB violation is issued.

OTHA violations are issued when a construction site or a building is not compliant with the NYC Construction Codes and/or Zoning Resolution. They come in 3 classes

This system has been created to protect New Yorkers from unsafe building conditions but too often the DOB doesn’t abide by its own rules and puts New Yorkers at risk of getting injured or losing their life.