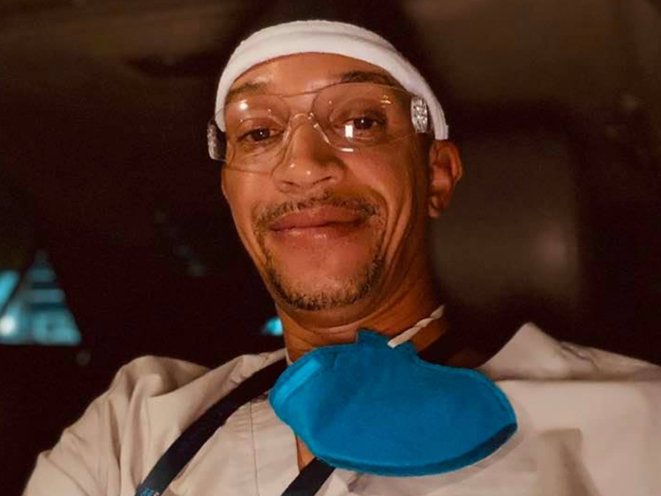 A man speeding and under the influence of alcohol or drugs crashed into the car of a hospital worker on his way to work and killed him.

Daniel Crawford, a phlebotomist at Queens Hospital Center was on his way to work last Friday morning around 4:00 am. He was driving his Toyota through the green light at the intersection of  Parsons Boulevard and Union Turnpike in Jamaica, Queens, when he was T-boned by a Mercedes Benz driven by 22 year old Alamin Ahmed.  Crawford was rushed to the hospital where he usually goes to work but he could not be saved.

A dad, a frontline worker and a future nurse

Crawford had been working at Queens Hospital Center for 2 and half years and was a frontline worker during the covid-19 crisis. Every morning at 5:30 he would post a picture on Facebook with an uplifting message. Above is  a picture he posted back in August when he was a frontline worker helping with covid-19 patients. He posted it with the following comment “Good Morning! Everyone! I’m Grateful! Help Somebody! Have a Blessed Day!” .  He was a father of two and just welcomed a new grandson in his family last week. Craword was planning to become a nurse.

The 22 year old driver who killed him stayed at the scene of the accident where he was administered a breathalyzer that showed that is blood alcohol concentration was above 0.8. The police were also able to to recover the Mercedes crash data recorder that shows that Ahmed Amin was driving at 97 mph at the time of the crash. The reckless driver was charged with manslaughter, criminally negligent homicide and operating a motor vehicle under the influence of alcohol or drugs. If convicted of all this charges he risks 15 years in jail.