While the city has been making some improvements over the years and  created new bike lanes, numbers clearly show that this is not enough as a record high percentage of riders dying in bicycle accidents were recorded in 2019 and 2020. While the de Blasio administration has been pushing New Yorkers to use bicycles and other clean modes of transportation, recent data show that more has to be done to protect New York cyclists.

The ratio of  bicycle accident fatalities compared to the number of rides which was pretty high in 2014 when Vision Zero started decreased significantly in 2015, remained a little higher in 2016 and 2017 and droped in 2018. Unfortunately it didn’t last. In 2019, the percentage of cyclists deaths was back at the 2014 levels and it reached a record high in 202o. 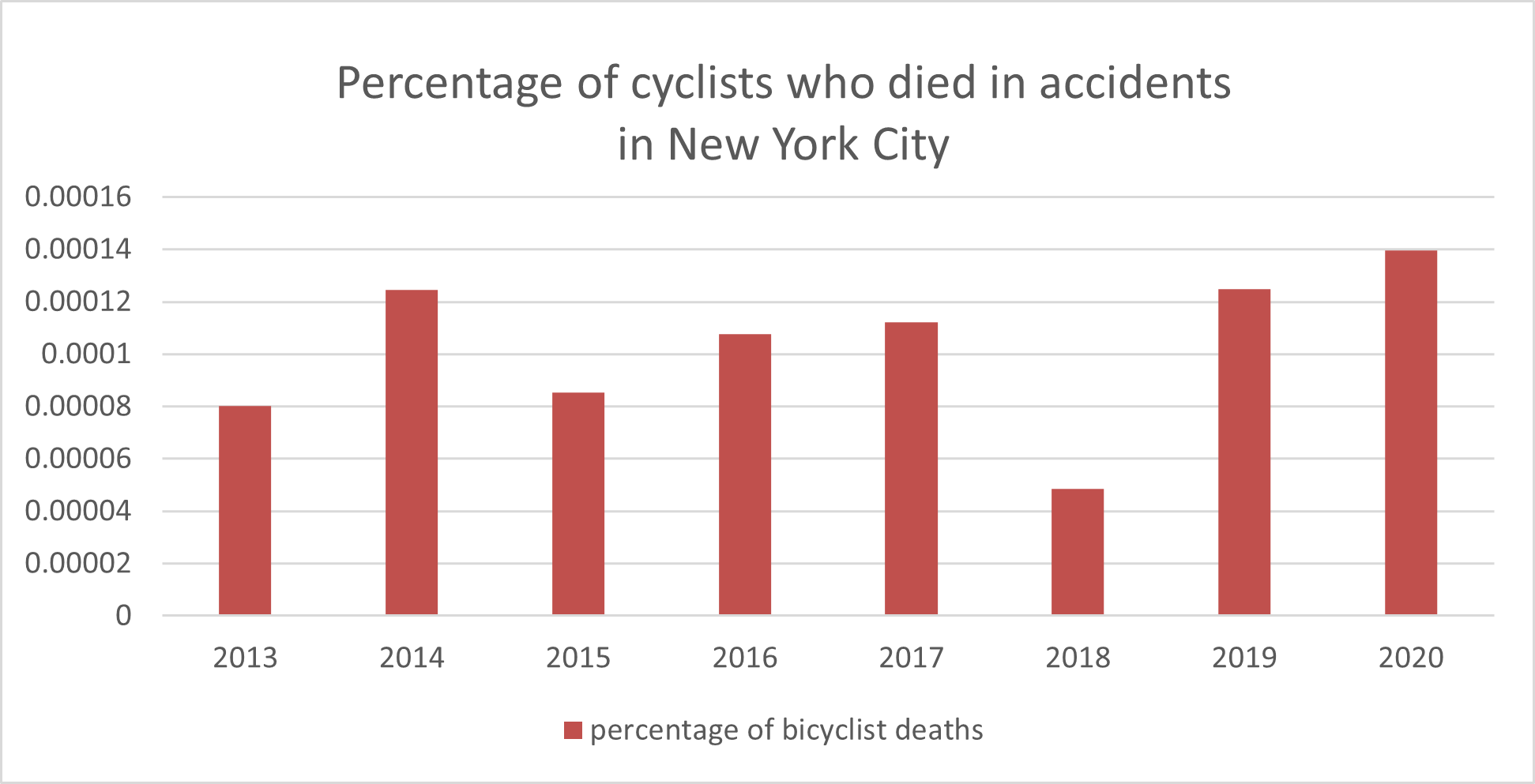 The ratio of bicycle accident injuries compared to the the number of rides had been steadily decreasing between 2016 and 2019 but unfortunately it was back at its highest since Vision Zero started in 2020. 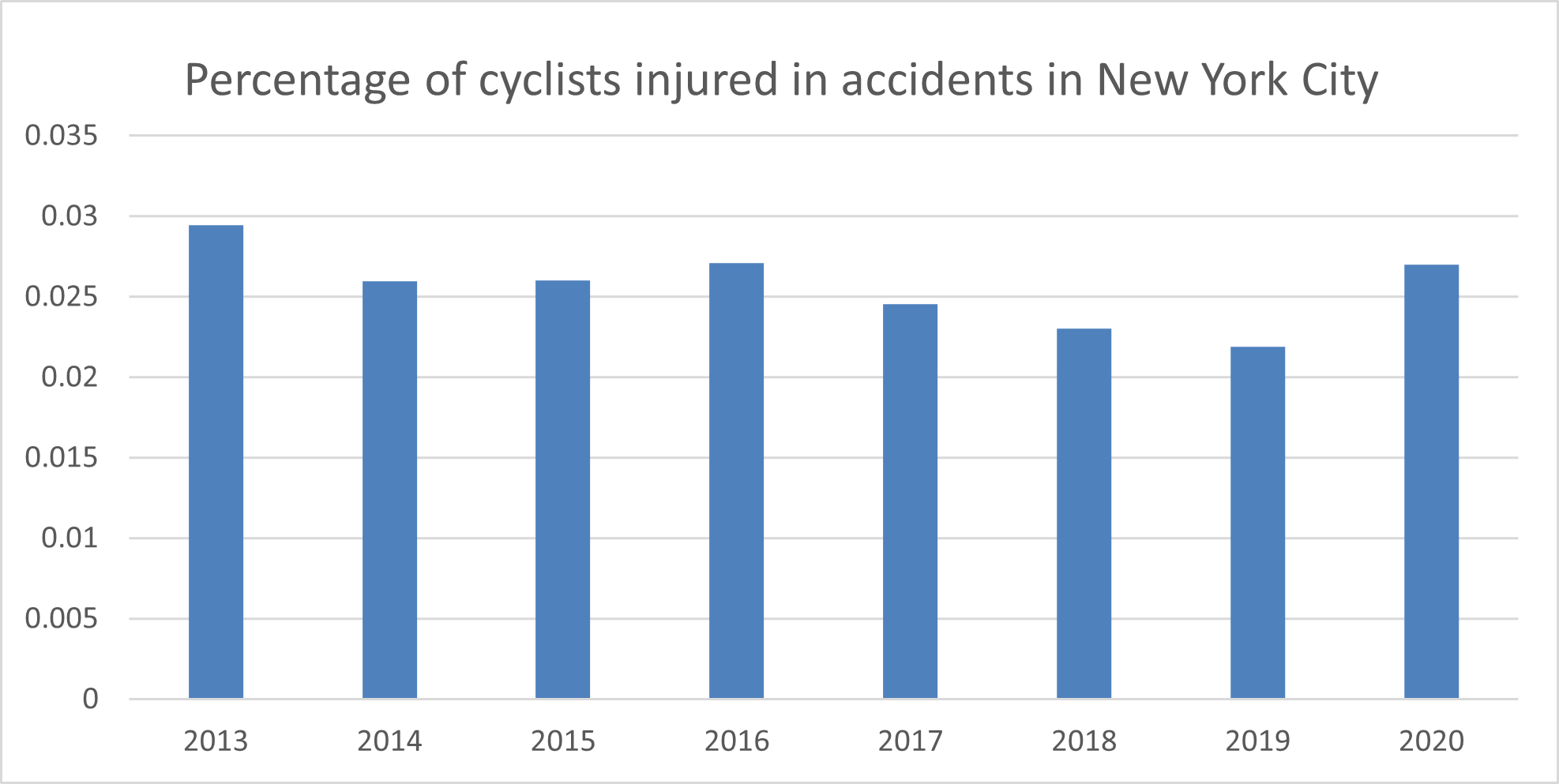 Both these increases in the percentage of cyclists being injured or killed in accidents are a clear indication that cycling in the city remains dangerous and that if the city wants to promote bicycling for every New Yorkers, better infrastructures are necessary. The 29.5 miles of protected bike lanes added last year which represent an increase of  5.4% of protected bike lanes seems a small effort compared to the 33% daily surge and 63% weekend growth in cycling recorded at selected locations by the DOT between May to December 2019 and May to December 2020. 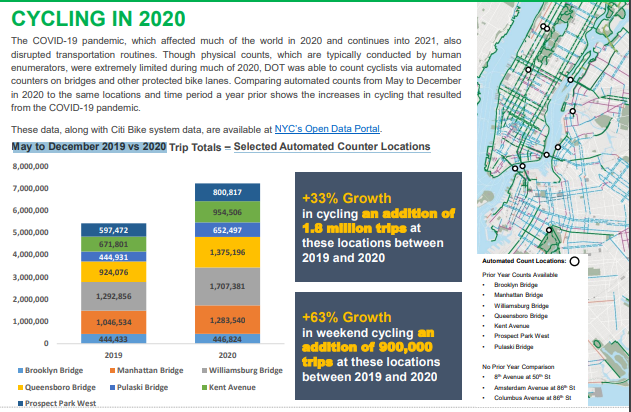