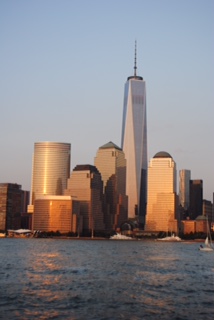 34 serious personal injuries suffered by workers during construction accidents at the New York Fredoom Tower have not been reported to OSHA according to a NY Daily News investigation that came out Yesterday. Some of the non reported accidents left workers with spinal fractuers, broken limbs and fractured hips.

The study also mentions that for 3 years in a row the injury rates at the WTC were higher than the New York State and the National average rates.

Among the non reported accidents at the New York construction site, the study mentions a worker struck in the head by a 60 pound bundle of rebar, a worker who fell 20 feet after the collapse of a scaffold and another worker struck by a large steel plate.

The study also found that the rate of accidents increased as the building was rising higher.

Starting at the beginning of next year OSHA’s rules will become stricter and any incident during which a single employee is hospitalized will have to be reported to OSHA.