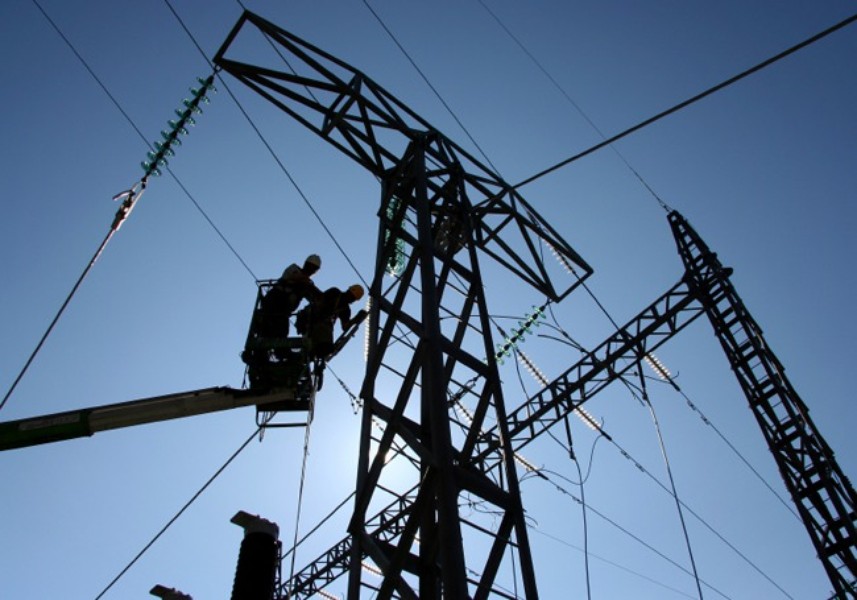 Construction is the industry that has the highest electrocution deaths among all industries. OSHA identifies electrocution as one of the leading causes of fatality among construction workers. In its latest Quarterly Data Report, the Center for Construction Research and Training (CPWR) is taking a close look at recent electrocution data and proposes solutions to prevent them.

Direct or indirect exposure to 220 volts or more are responsible for 70% of the electrocution deaths with the primary source of electrocution being electric parts such as power lines, transformers and converters.

POWER-LINE INSTALLERS AR THE MOST AT RISK OF BEING ELECTROCUTED

While looking at the yearly electrocution rate for power-line installers a dramatic upward trend was recorded over the last few years with a rate of 47.5 electrocution deaths for 100,000 workers, the highest death rate ever recorded since 2008 when it reached a pic of 44.4. 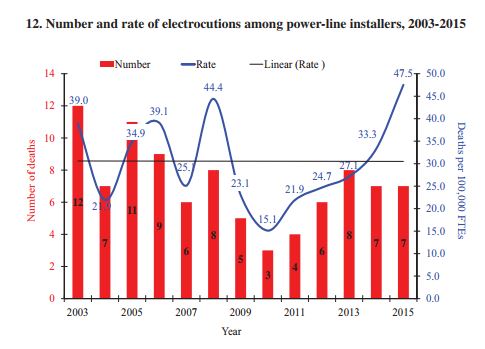 Different safety measures such as the use of insulated blankets, cover-up  equipment  live-line tools and insulating line hose can be used by workers to avoid a contact with the power-line. Using planning tools such as Building Information Modeling can also be useful. Make sure that workers wear Personal Fall arrest System to prevent falls in case of shocks. While working on de-energized power-lines, various verification and tests must be effectuated before to start working. Additionally workers should use protective grounds and lock out tag out devices. Underground cables can be located with geospatial augmented reality systems and only non conductive ladder should be used while working near power-lines.

Picture: courtesy of the Integrated Group