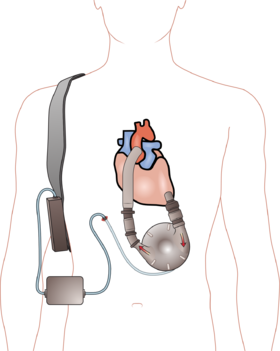 Medtronic stopped the sale of the defective HeartWare Ventricular Assist Device, or HVAD last June after more than 3,000 patients died and 20,000 were injured.

Since 2011, multiple problems with the device have been reported to the Food and Drug Administration but the agency never took any decisive action to make sure the manufacturer  fixed the problems. The FDA and its Center for Devices and Radiological Health are in charge of making sure that medical devices are safe and effective for patients however as we highlighted in a previous blog, the agency policy is too accommodating with manufacturers. It has the power to seize products or to issue fines but rarely uses it.

In the case of the HeartWare Ventricular Assist Device, the FDA knew about issues with the product as early as 2011 when the product was developed by the parent company HeartWare and was seeking FDA approval. An inspector mentioned in its report that engineers were not reviewing documents fully before approving them and that the employee assigned to quality control did not have sufficient training. The company told the FDA they would take corrective actions.

More serious problems were found by the FDA in 2014. Among them, despite 119 reports of batteries failing unexpectedly and leaving the patient suddenly without pump support, the company still did not test the batteries in inventory for defects. Another issue reported 27 times between 2010 an 2013 were short circuits caused by static electricity.  For example if a patient was in contact with objects creating static electricity such as a tv or vacuum cleaner, the device could short-circuit. HeartWare  redesigned the shield that protected the device controller but never recalled the defective devices already used by patients or sitting in the inventory.

In 2014 HeartWare received a warning letter from the FDA informing them that the device was not meeting federal manufacturing standards and asking the company to fix quality problems with the device in 15 days or they would face regulatory actions. Two weeks passed and the company was never fined. Over the years, the FDA continued to find numerous deadly issues with the device but the manufacturer never got penalized and thousands of people died.