Last week a pedestrian was critically injured in a truck accident in New York. The 37 year old man was run over by a tractor trailer at the intersection of Amsterdam Avenue and 81st Street last Thursday evening a little bit before 7:00 pm. He was rushed to the hospital with severe trauma and was likely to die according to media.

It was a busy summer night in a residential neighborhood and people were having dinner in the various restaurants and terraces located in the area. Witnesses eating at a nearby restaurant said they heard a big thump and then they saw the man laying face down in the street and not moving.  Witnesses rushed to the victim to try to help while the truck continued on its way. He stopped one block away from the accident after a crowd gathered at the rear end of his truck. The driver then cooperated with the the police He told them that he he didn’t realize he had hit someone.

The truck driver wasn’t charged despite the fact that he was illegally driving in a residential area and causing real danger to pedestrians and bicyclists. According to the New York City truck Route Map, it is illegal for trucks to drive in this area. Trucks are required to used Broadway on the Upper West. If the truck driver had respected the law  he wouldn’t have driven through a residential area at dinner time during a nice summer night  and the accident would have been avoided. Instead a 37 year old man is fighting for his life in a hospital bed.

Read more in NYC Street Blog
Picture of the location of the truck accident: Courtesy of Google Map 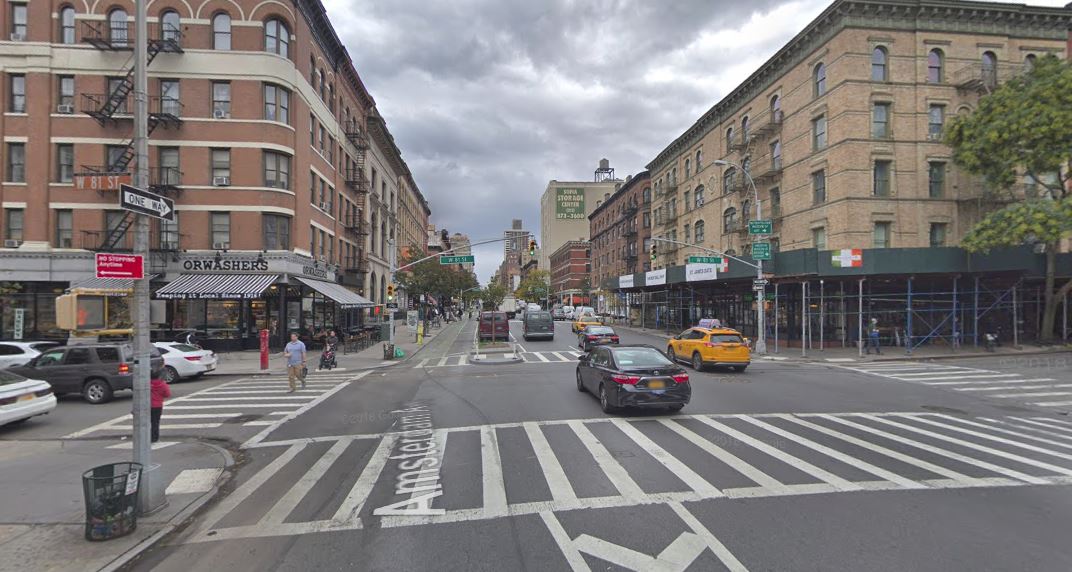