After several pedestrians died in traffic accidents on the Upper West Side in NYC, the cops have been cracking down on jaywalkers in sensitive areas such as W. 96th street and Broadway (picture). Earlier this year cops in the neighborhood were instructed to give tickets that could go up to $150 to pedestrians caught jaywalking. The cops went after the pedestrians in such an aggressive way that they ended up knocking down and roughing up an 84 year old man who tried to walk away when the cops were issuing him a ticket. The old man hired a personal injury lawyer who is now suing the city for $5 million.

Last week NYPD Commissioner Bratton told cops to use discretion with the elderly and handicapped and Marion Larin the Captain of the UWS 24th precinct replaced the ticket blitz by an information blitz campaign during which officers will teach jaywalkers to follow the law in order to protect themselves from dangerous traffic accidents. 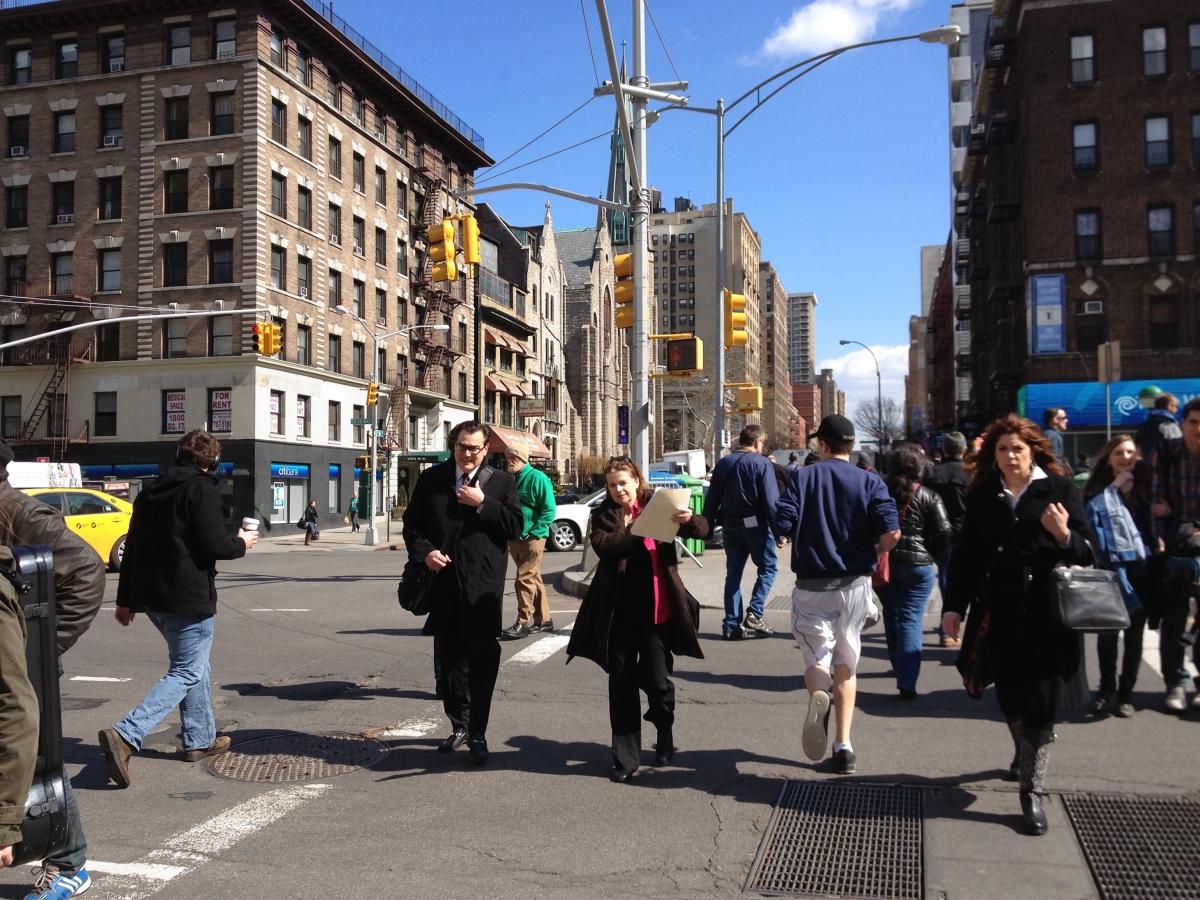