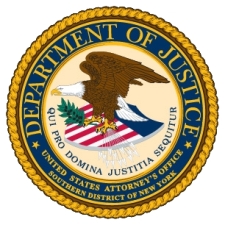 If you were injured in a car accident, you or your family might be contacted or visited by individuals telling you that they can assist you. These people are often runners who work for corrupt personal injury attorneys, and doctors who tarnish the reputation of the honest ones.  They are often part of a “ring” that involves corrupt police officers, 911 employees and hospital workers who use confidential information to reach out to victims of car accidents, like you and lie to them. Victims end up signing retainers with corrupt personal injuries attorneys who will refer them to unethical medical clinics who subject patients to dangerous and unnecessary treatments  in order to fraudulently overbill insurance companies.

Last week, 13 individuals including  a NYPD officer, a personal injury attorney, licensed physicians and others were arrested in New York for participating in a $100 million automobile insurance fraud scheme

In New York and in New Jersey, the “No-Fault Laws” require insurance companies to reimburse medical expenses and loss of earnings without regard to fault when someone is injured in a vehicle accident. As a result, insurance companies often pay medical providers directly for treatments provided to victims of automobile accidents. The 13 people indicted last week used this system to generate millions in profit.

Among the 13 individual charged, 8 of them were charged in the Gulkarov Indictment and 5 of them in the Pierre Indictment.

They hired co-conspirators (the runners) who used hundred of thousands of dollars to bribe 911 operators, hospital employees and others to obtain  confidential information of victims of automobile accidents. The runners, then contacted the victims, lie to them and convinced them to sign a retainer with a corrupt personal injury attorney, ROBERT WISNICKI. WISNICKI who is a founding partner in two New York law firms is accused of laundering hundred of thousands of dollars of illicit proceeds.

Victims are then sent to the “Gulkarov clinics” for treatments where they are prescribe unnecessary and dangerous medical treatment that are billed to their insurance under the No-Fault Laws.

In the Gulkarov case, a corrupt NYPD officer, ALBERT ARONOV, would log into NYPD computers to search for motor vehicle accident reports, take pictures of them with a “burner” phone and send them to the leaders of the scheme.  Victims would then be contacted, lied to and steered to the Gulkarov clinics for treatments.

A total of $30 million in fraudulent treatment was billed to insurance companies.

In the Pierre scheme, 5 individuals led by BRADLEY PIERRE used a similar scheme to bill more than $70 million in fraudulent medical treatments.  BRADLEY PIERRE was conducting the scheme from a physical office located in a law firm owned by a family member.  Similar to the above case, the PIERRE conspirators fraudulently owned and controlled 5 medical corporations, the “Pierre’s Clinics” in which two of the conspirators MARVIN MOY and WILLIAM WEINER, both licensed medical practitioners, provided unnecessary treatments to patients. MOY conducted painful electrodiagnostic testing to patients and WEINER agreed with Pierre  to falsify findings of clinical injuries in MRIs in order to boost patient referrals. Additionnally, ARTHUR BOGORAZ, a paralegal and manager at a New York personal injury law firm was also involved in the scheme with him and Pierre agreeing to jointly pay bribes for patient and client referrals to the Pierre Clinics and the Law Firm where Bogoraz was employed . ANDREW PRIME, a runner who bribed 911 operators was also indicted.

Corrupt, criminal and unethical attorneys give all personal injury lawyers a bad reputation. They are a disgrace to our profession.

If you were injured in a car accident and are approached by anyone telling you they can assist you with a case, do not have anything to do with them. They may be runners for unethical attorneys and medical clinics. Do your own online research or contact a lawyer you trust for reference to find a “reliable and ethical car accident lawyer‘” who will  place your interest first.

Read more about the case here