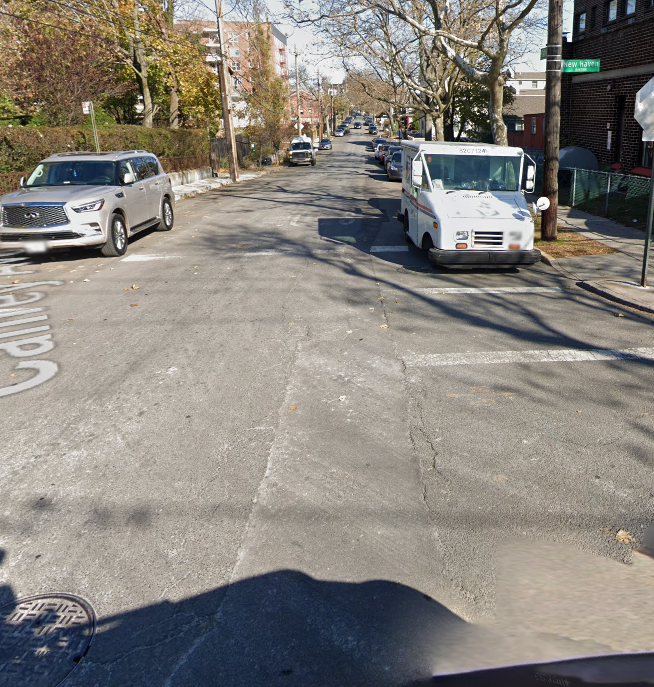 A pedestrian was fatally struck by a car backing up in a residential street in New York City.  64 year old Richard O’Flaherty was crossing Caffrey Avenue in Far Rockaway when he was hit by a car backing up the street. The driver initially made a turn from New Haven Avenue onto Caffrey Avenue and then proceeded to drive in reverse up Caffrey Avenue. He struck O-Flaherty who fell on the ground. He was transported to the hospital where he later died from his injuries. The driver stayed at the scene of the accident and wasn’t charged. Read more in Street Blog

A few day before, another pedestrian was killed by a speeding hit and run driver in Midwood Brooklyn. 58 year old Mariya Ursachenko, was crossing in the crosswalk of the intersection of Ocean Ave and Avenue J when a speeding car blew a red light and collided with another car that careened into the pedestrian. The faulty driver then hit another car before coming to a stop. He then jumped out of his car and fled the scene of the accident on foot.  The police caught him a little bit later. He was identified as 25 year old Mohammed Nasim.  He was charged with reckless driving, failure to yield to a pedestrian, vehicular assault, manslaughter and criminally negligent homicide. Ursachenko was rushed to the hospital but she didn’t survive. The driver of the car that was hit was also injured and transported to the hospital. His condition was stable.  According to the NY Daily News, Ursachenko was a baby sitter who was mostly working to help her family in Ukraine.  Her 61 year old roommate said that she was a lovely woman who didn’t have much luck.  In recent years, she broke her two arms in two separate accidents and had to undergo heart surgery. Read more in the NY Daily News

Picture of the location of the first NYC fatal pedestrian accident: courtesy of Google Map