Among the nation teaching hopsitals, The University of Connecticut Health Center, John Dempsey Hospital in Farmington with 17 points out of 100, has the lowest safety score.

For all hospitals in the country the average score was 49. The Clinch Valley Medical Center in Richlands, Va., with 14 points is the worst in the country in term of safety.

With 74 points Bellin Memorial Hospital in Green Bay, Wis. is considered the safest Hospital in the Nation by the Consumer Report. 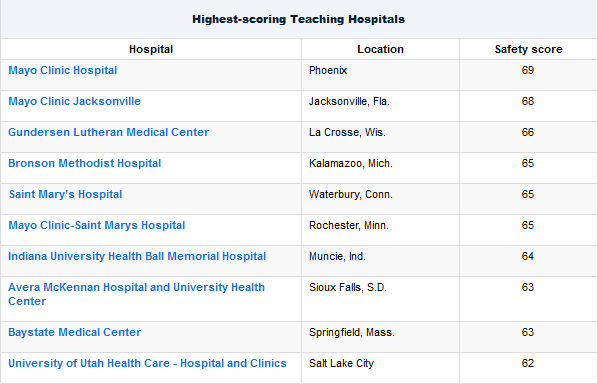 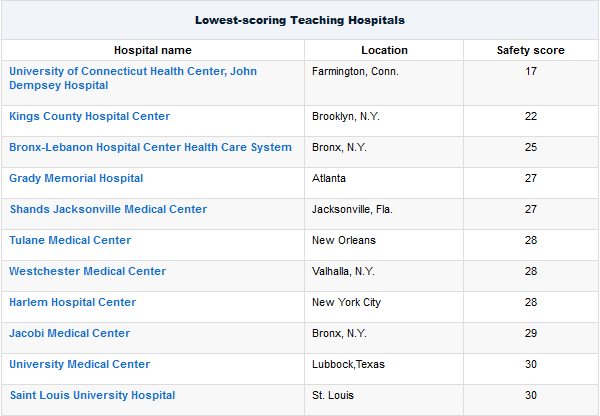