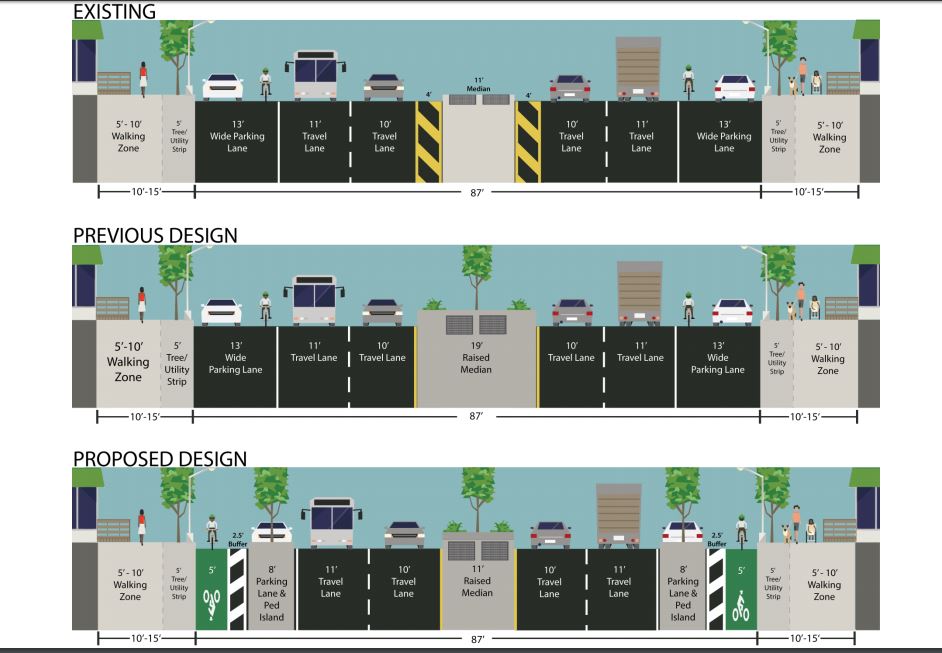 In an effort to protect Brooklyn bicycle commuters from dangerous accidents, the DOT recently proposed to add a protected bike lane to Fourth Avenue. The bike lane would allow bicyclists to safely commute between Bay Ridge, Sunset Park and Park Slope. The DOT  presented the proposal after a first redesign of the Avenue five years ago led to a decrease of 61% in pedestrian injuries. The DOT believes that the addition of protected bike lanes may reduce bicycle injuries in a similar manner. Based on previous NYC statistics the addition of bike lanes usually results in a 20% decrease in all road users injuries including a 22% decrease in pedestrian injuries and 25% decline in motor vehicle occupant injuries.

If accepted the DOT proposal would lead to the creation of a 4.6 mile protected bike lane that would be the biggest one in New York City.  According to the DOT, the addition of the protected bike lane would be a life changer for many bicyclists who are commuting daily in Brooklyn. Because Fourth Avenue stays a busy Avenue despite the previous road diet, many bicyclists are still afraid to use it.

The first road diet implemented in 2012 consisted of the removal of one lane in each direction and the addition of additional space for pedestrian crossings in the middle of the Avenue. The new DOT proposal includes the addition of one bike lane on each side of the road protected from traffic by parked cars. Additionally concrete pedestrian islands would be installed at all four corners at intersections.

So far there is no set timetable for construction as the DOT is still presenting the project to the community boards by organizing workshops to collect feedback from residents. The next workshop will be in Sunset Park, Thursday May 11th. It will take place at 6:30 pm at PS 136. Becaus of the large size of the project, Construction is not expected to start before at 2018

The complete DOT proposal can be downloaded here