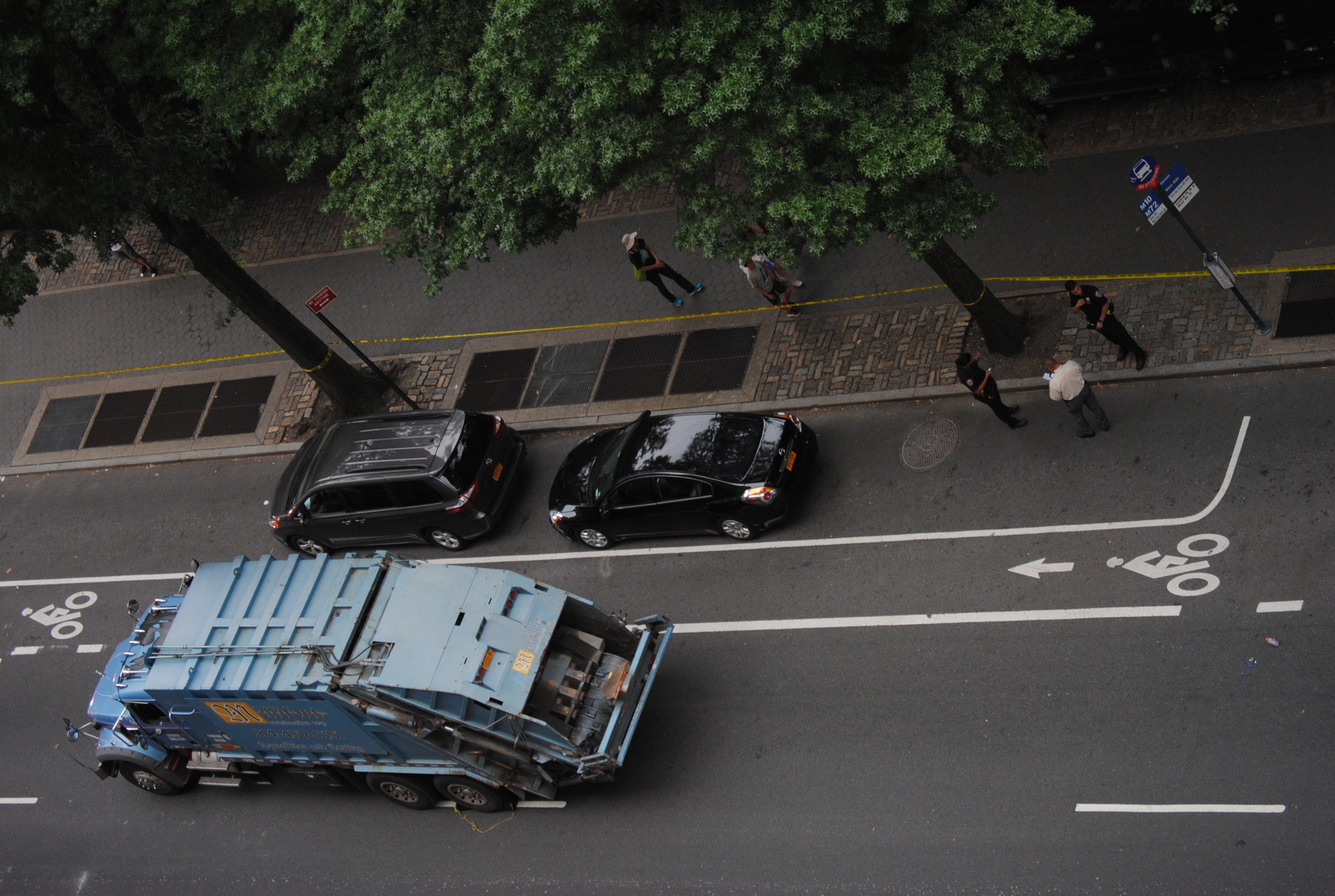 43 people have been killed in private garbage truck accidents in New York City since 2010. Barreling down the streets of New York City  with little to no respect for road regulations and for their surroundings, trash haulers gone rogue have become death threats on wheels for pedestrians and cyclists.  Running red lights, driving in reverse on one-way streets, speeding, drinking behind the wheel, New York commercial garbage truck drivers are involved in three times mores accidents than their peers in Los Angeles, Seattle or San Francisco according to the Federal Motor Carrier Safety Administration.

Drivers are complaining that they are pushed to cut corners by their bosses who are assigning them routes that are too long to finish in the assigned time but New Yorkers have had enough of their dangerous behaviors.  Many have documented their erratic and dangerous behaviors on social media.

One week crack down

Last week as part of of a new Vision Zero initiative the police announced a crack down on private garbage trucks. Not only did they issue traffic tickets to drivers who were not respecting the rules but they also inspected the vehicles, issued vehicle violations and if necessary took them off the road.

In the first three nights of the crackdown, the police issued more than 620 summons that included 163 moving violations and 458 criminal summonses. 5 garbage trucks deemed unsafe had to be towed.  Officers told CBS News that “when it comes to finding carters violating the city’s traffic laws, it’s like shooting fish in a barrel” At the end of the crackdown 1070 summons had been issued. Out of 142 garbage trucks inspected 132 had to be taken out of services for serious malfunctions such as faulty brakes, defective steering column, low tire pressure and more.

The city is also working on a plan to reform the private carting industry to make the streets safer.