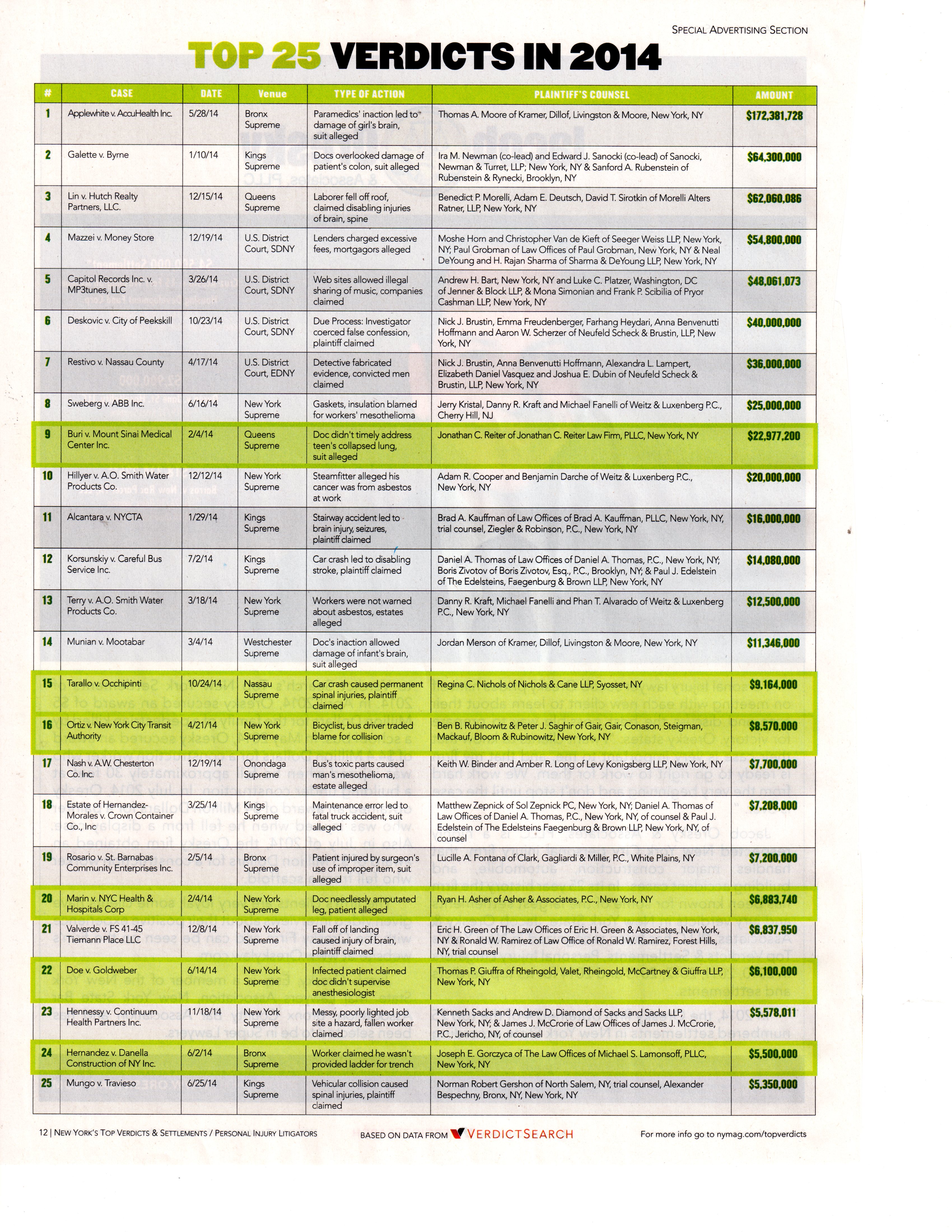 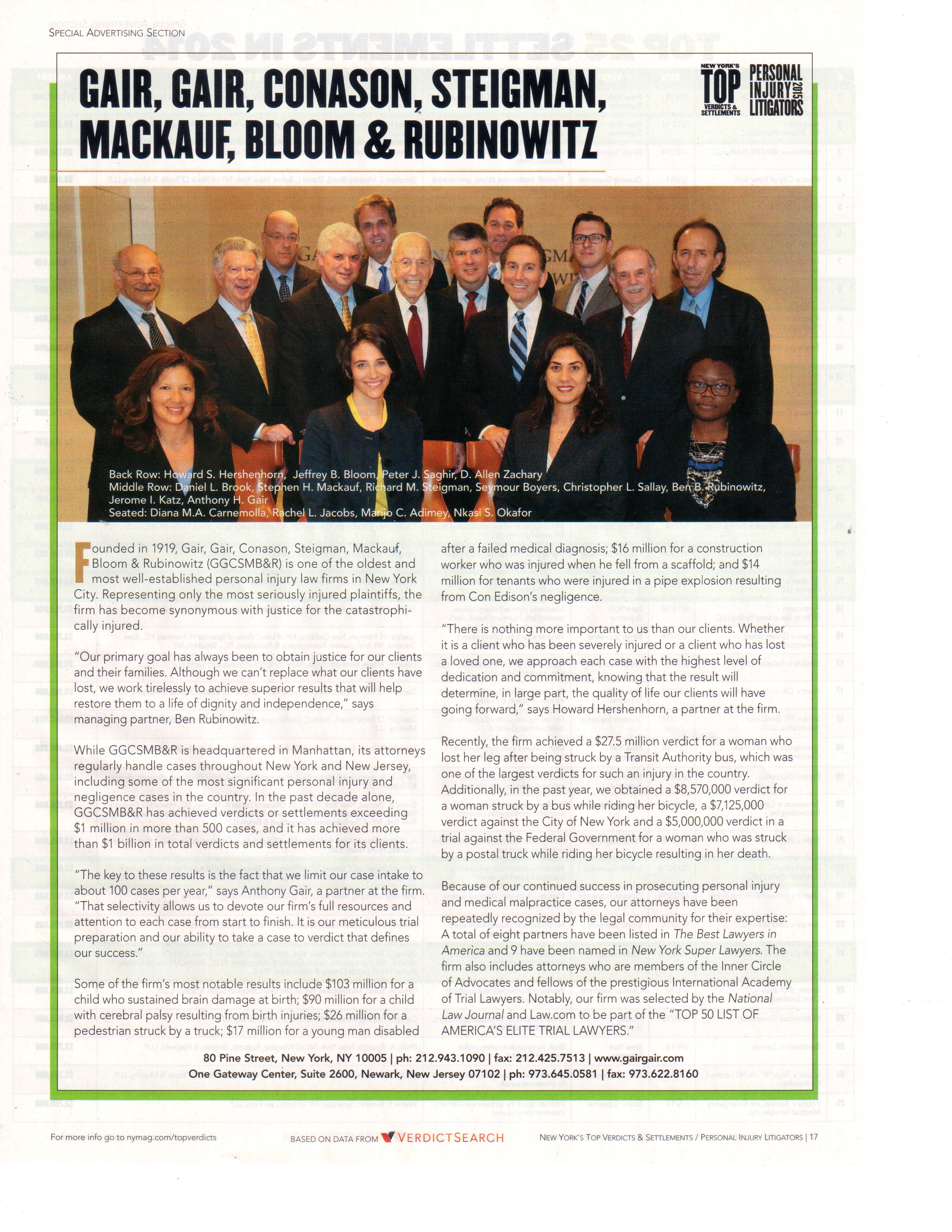 Last year, our partners New York Personal Injury Attorneys Ben Rubinowitz and Peter Sagir obtained a $8,570,000 verdict for a bicyclist who suffered personal injury after being hit by a bus in New York (see previous blog. This verdict is the 16th highest verdict of all verdicts obtained in New York in 2014. Therefore our firm is honored to be featured this week in the 2014 New York’s Top 25 Verdicts and Settlements section of New York Magazine. This verdict was also was the highest verdict in New York in 2014 for a bicycle accident involving another vehicle.

Since 1919 we have been representing victims of catastrophic injury and we are constantly thriving  to achieve the highest results for our clients and their family in order to help them get back to their life with dignity and independence. A few years ago our New York personal injury law firm obtained a 27.5 million verdict for a female pedestrian who lost her leg after being struck by New York City Transit Authority Bus (see previous blog). Last year, in addition to the above verdict we also obtained a $7,125 million verdict against the City of New York for a woman who was struck by a bus when riding her bike and a $5 million verdict against the Federal Government for a woman who died after being struck by a postal truck (see previous blog).