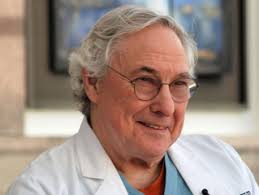 Bud Frazier is a surgeon who is recognized worldwide for his role in the development of mechanical heart pumps and  artificial hearts. Devices that are credited Today with extending the lives of thousands of people worldwide each year were tested at Baylor St. Luke’s Medical Center and its research partner, the Texas Heart Institute. However the doctor and his research team committed serious medical malpractice to develop the devices. According to a new investigation released by ProPublica, the surgeon is accused of violating federal research rules and ethical guidelines.

Frazier is accused of implementing experimental heart pumps in patients who didn’t meet the criteria to be included in clinical trials.  Also, Frazier used his experimental pumps on patients who could have been treated with more proven  treatments. The surgeon tried to discourage the publication of research that showed that the first group of patients that were implanted with his device suffered from a high rate of strokes. Frazier never disclosed consulting fees and research grants that he received from the companies that made the pumps that he tested. According to the testimony of a nurse, Frazier also allowed an unlicensed researcher to treat heart failures.

While over time St. Luke’s and Texas Heart executives became well aware of Frazier’s unethical and illegal practices they turned a blind eye on his behavior.  Frazier who operated on patients until he was well over 70 year-old has one of the worst Medicare rankings. Between 2010 and 2015, half of the Medicare patients who received one of his heart devices died within a year. This number is almost  double the national rate of  Medicare patients dying after such surgery.