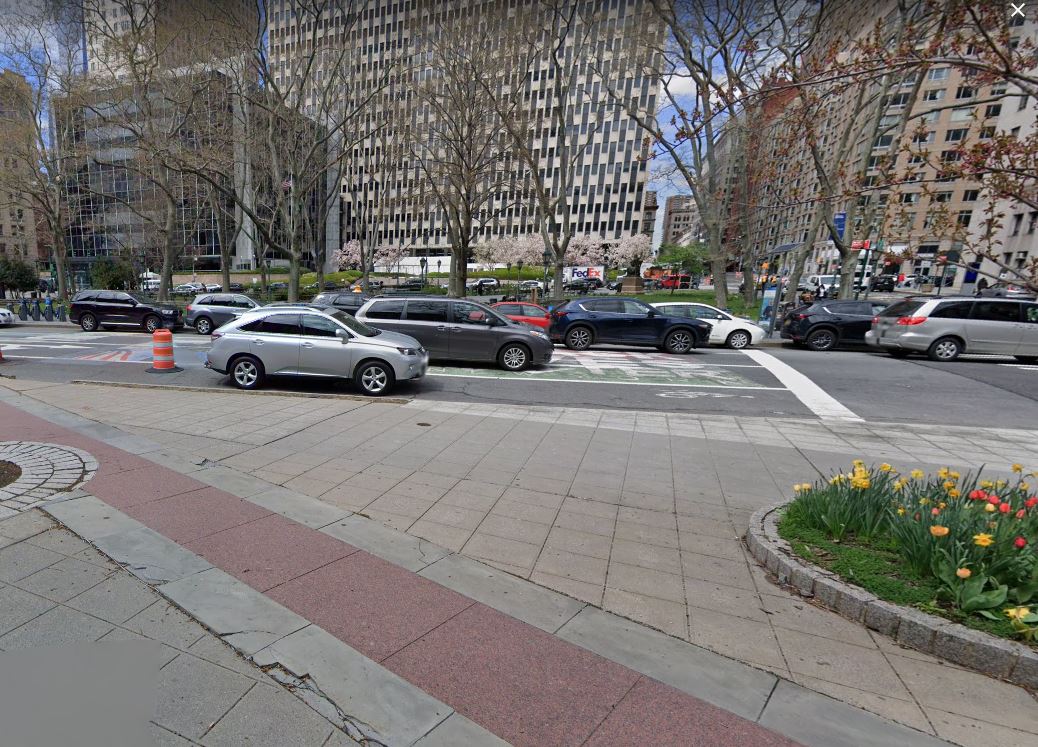 Safety Improvement will also occur on the south side of the street: the existing unprotected (and often obstructed) bike lane on Lafayette will also be turned into a protected bike lane all the way down from Kenmare to the Brooklyn Bridge.

While these improvements will result in having only one car lane instead of two on Center Street between Worth and Canal and remove some parking spots, the hundreds of cyclists using the Brooklyn bridge daily will now be able to commute safely between Soho and Brooklyn which is a major improvement for cyclists and other micro-mobility device users.

Picture of the location of the intersection where the actual northbound bicycle lane ends: courtesy of Google Map