The Department of Health is not properly enforcing the law to prevent the neglect and abuse of New York nursing home residents according to a recent audit from the New York State Comptroller, Thomas P.  DiNapoli (see wikipedia picture of the left).  In a meeting with senior citizen advocates in Albany, DiNapoli said that the Department of Health is taking too long to fine nursing homes who have committed violations. According to the audit, in 2011 the DOH collected a total amount of $152,000 in fines  in 2014 compared to $628,000 fines in 2011. Not only are much fewer fines are being levied but the time it took from the violation until the collection of the fine was 4 years in 2014 compared to 6 months in 2011.  Read more in the Legislative Gazette 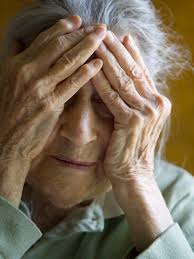 According to the study, every month, 1 out of 5 residents in New York nursing homes experiences some form of aggression from another resident. Most of the time the aggression is only verbal such as screaming or cursing but sometimes anger leads to physical assault and residents may be hit, kicked or bitten. Sexual assault is also an issue with some residents exposing their genitals or making unwanted sexual advances. Instances of scratching, spitting and throwing things are also mentioned in the study.

In nursing homes, it is common to see confused residents entering other residents’rooms and going through other resident’s belonging. This type of behaviors can be the starting point of further violence. In the article, the director of an Elder Clinic in New York State, explains how her confused mother went into the room of another resident who then got upset and pushed her. She fell and broke her wrist.

END_OF_DOCUMENT_TOKEN_TO_BE_REPLACED

Last August an 80 year old nursing home resident suffered severe personal injury after she was physically abused by a nurse’s aid in a New York facility. The incident happened when 59 year old Marie Jeanty, a certified nurse aid was changing the resident at the West Lawrence Care Center, a nursing home located at 1410 Seagirt Boulevard in Far Rockaway, N.Y.  According to Court documents, the nurse aid asked the resident to move to change her clothes and bed linen.   Jeanty then allegedly pushed and hit the resident multiple times in the arm and shoulder with a closed fist and forcibly pushed her into the side of the bed rail, causing her face to hit the rail. As a result, the resident suffered a black eye and significant bruising and swelling to her left arm, right temporal area, and right orbital area, which required treatment at St. John’s Episcopal Hospital. The nurse aid was arrested at the beginning of this month and charged with second degree assault and two  felonies for endangering the welfare of another person. Read more in the NY Daily News or read the press release of the New York Attorney General Eric T. Schneiderman