A school bus caught on fire after a violent collision with a car in Airmont, Rockland county. No information was released in regards to potential injuries and if the bus was carrying children or not at the time of the accident. The crash occurred last Thursday on Saddle River Road around 3:30 pm.

How safe are my children in a school bus?

A school bus accident is the worry of every parent. How safe is it for children to be transported by bus everyday from their house to their school? Would it be safer for parents to drive them to school?  According to statistics by the National Highway Traffic Safety Administration (NHTSA), transporting children in school buses is 70 times safer than transporting them by cars.  In New York State, 2 million students ride 18,000 school buses every school day. New York is indeed the State that has the biggest school bus fleet among all States in the US.

END_OF_DOCUMENT_TOKEN_TO_BE_REPLACED

Two people suffered serious injury, 5 moderate injuries and dozens others minor injuries in a bus accident in Long Island, NY that occurred on Sunday night a little after 8:00 pm.

The bus driven by Troy Gaston from Bethlehem, PA belonged to Journey Bus Line in New Jersey. The driver had just picked up 38 students and 5 chaperons at JFK airport. The teenagers aged 16 to 19-year-old were coming back from an Eastern Europe trip organized by EF Educational Tours.  The bus was heading to a mall where parents were supposed to pick up their children. The driver took the Southern State Parkway to get to his destination, apparently not aware that the Parkway was forbidden to most commercial vehicles.

As he drove through the Eagle Avenue overpass in Lakeview, Nassau County, LI, the top of the bus was ripped off by the overpass injuring multiple passengers. According to the police someone shouted “duck” just before the bus hit the overpass. This may have helped keep the number of seriously injured students to just a few. Two 17-year-old girls suffered the most serious injuries. They are still hospitalized but in stable condition. They are expected to leave the hospital in the next 24 to 48 hours. The injuries ranged from broken bones to cuts and scrapes.

END_OF_DOCUMENT_TOKEN_TO_BE_REPLACED 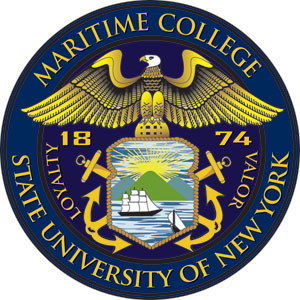 At least 20 passengers suffered personal injury in a bus accident  in Upstate NY yesterday. The bus was operated by W&D Tour a Brooklyn based bus operator. It was transporting SUNY Maritime students from the Bronx, NYC. They were heading back to New York City after attending a conference  at SUNY College of Environmental Science and Forestry in Syracuse. Slippery road conditions due to earlier snow may have been a factor in the accident. The bus accident happened in the morning around 10:45 am on Route 28N  in Minerav, in the Adirondack Mountains, NY. The bus fell off the side of the road and landed upside down in the woods. 20 people suffered non life threatening injuries. Read more in the NY Daily News