Hylan Boulevard is a commercial corridor and a heavily trafficked bus road. It has been identified by the Vision Zero initiative as as a priority corridor with 3 priority intersections. Zero Visions’s priority corridors and intersections have the highest rates of pedestrian fatalities and severe injuries in New York City.  According to the Pedestrian Safety Action Plan for Staten Island, Vision Zero safety engineering improvements will be implemented this coming years on the boulevard. The pedestrian crossing time will be expanded. Signal timing will be modified to reduce off-peak speeding and more speed limit signals will be installed. Additonally Vision Zero will continue to work  with the community and MTA buses to make the street safer. NYPD is also supposed to increase enforcement on failure-to-yield and speeding, the two main causes of pedestrian accidents in Staten Island. 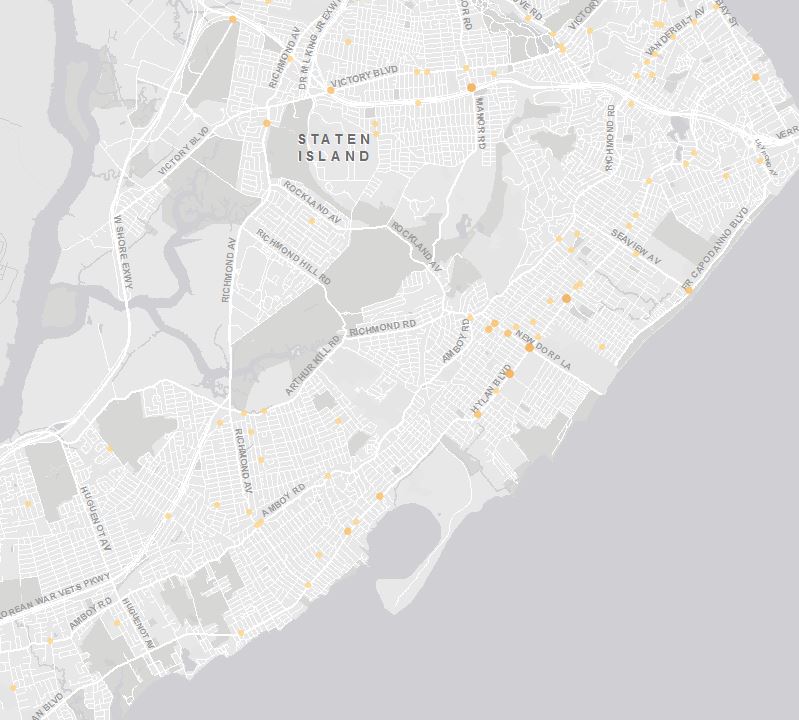