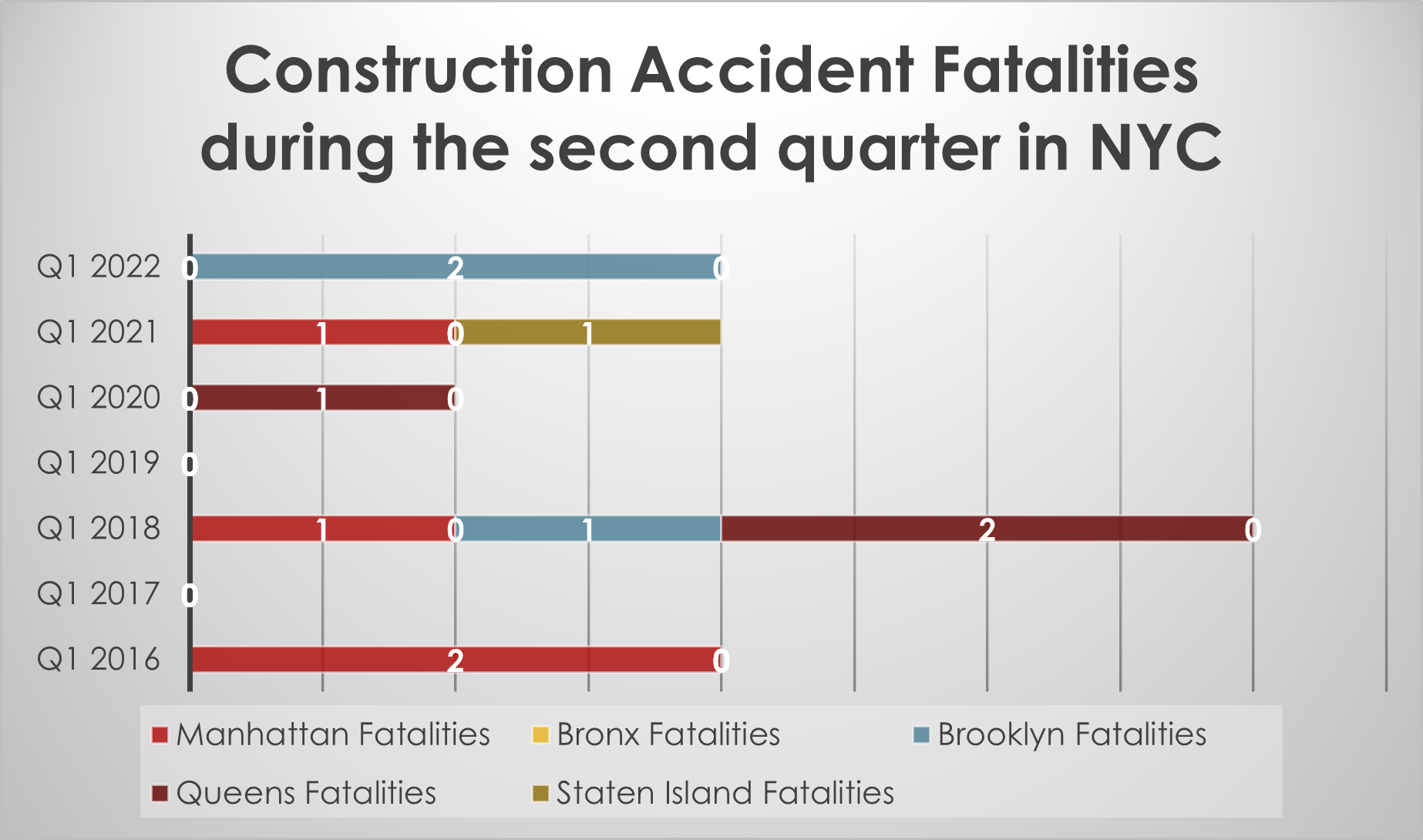 Among the workers who were injured 34 of them were also injured during a fall accident, 2 of them by material falls and all other accidents were categorized as “others” by the NYC department of buildings. 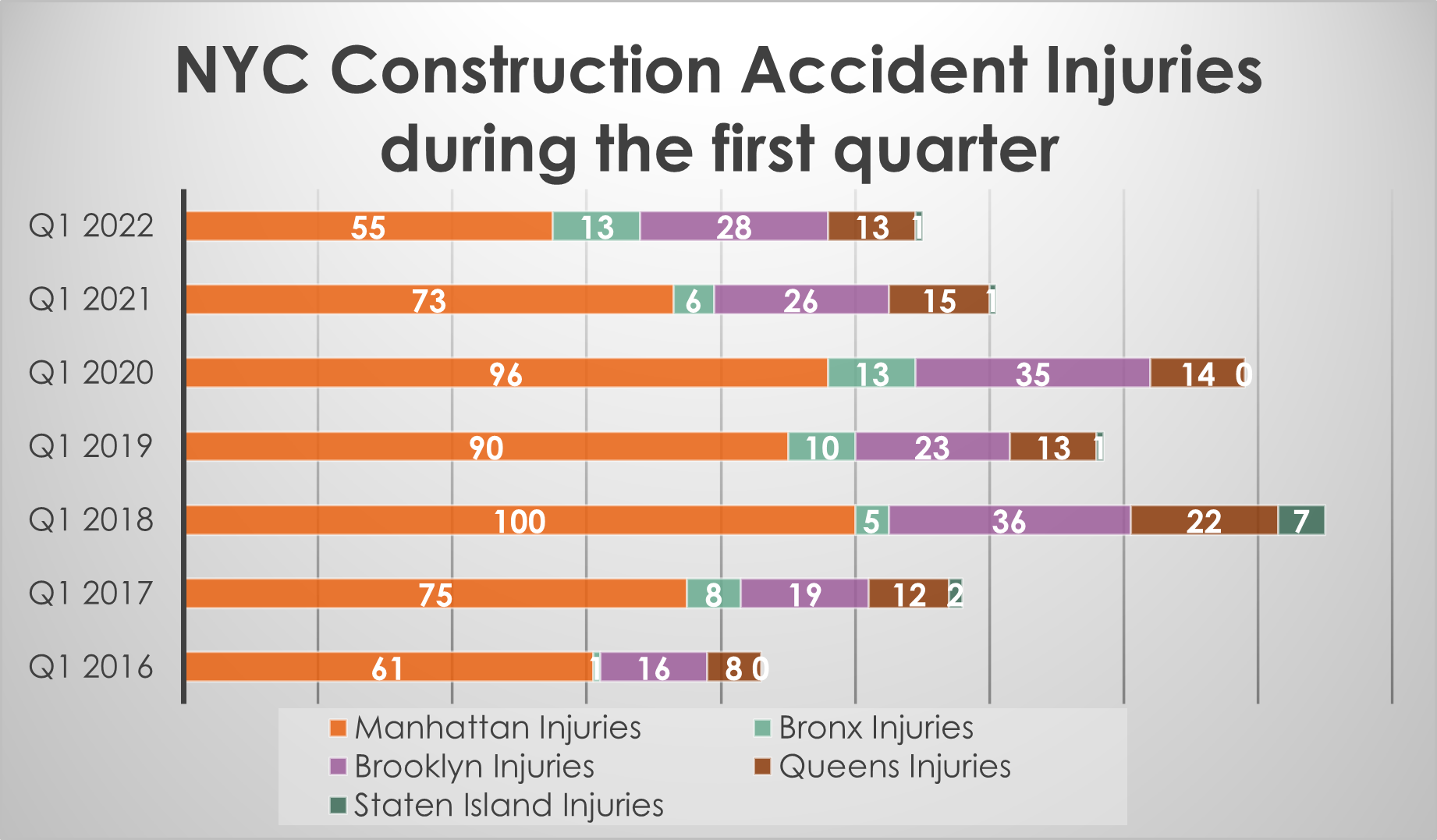