A female pedestrian suffered severe injury  after being struck by a car in New York yesterday afternoon. The woman was standing on a sidewalk  at the intersection of  East 49th Street and Second Avenue in Manhattan, NYC, when an out of control driver jumped the curb and pinned her against a light pole.  According to witnesses the victim’s clothes were completely ripped and she was lying on the street almost naked and severely injured.  Moments after the crash, doctors from a nearby emergency clinic ran to the scene of the accident and covered the victim with blankets until EMS arrived and transported her to the hospital. See video on Pix11

A few hours earlier another car jumped the street on East 69th Street and First Ave and crashed into a Starbucks. Thankfully nobody was injured in this accident.
See surveillance video and read more about it on NBC New York 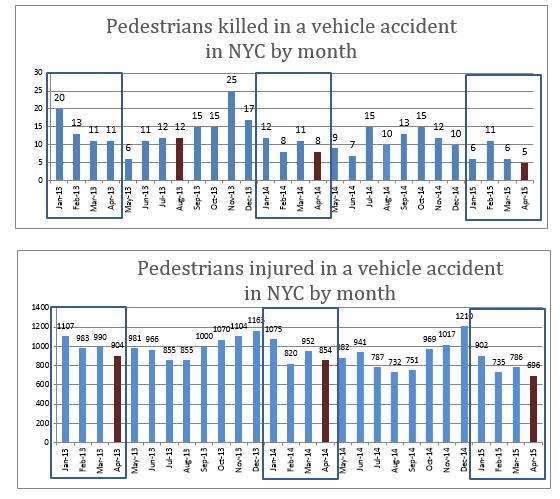