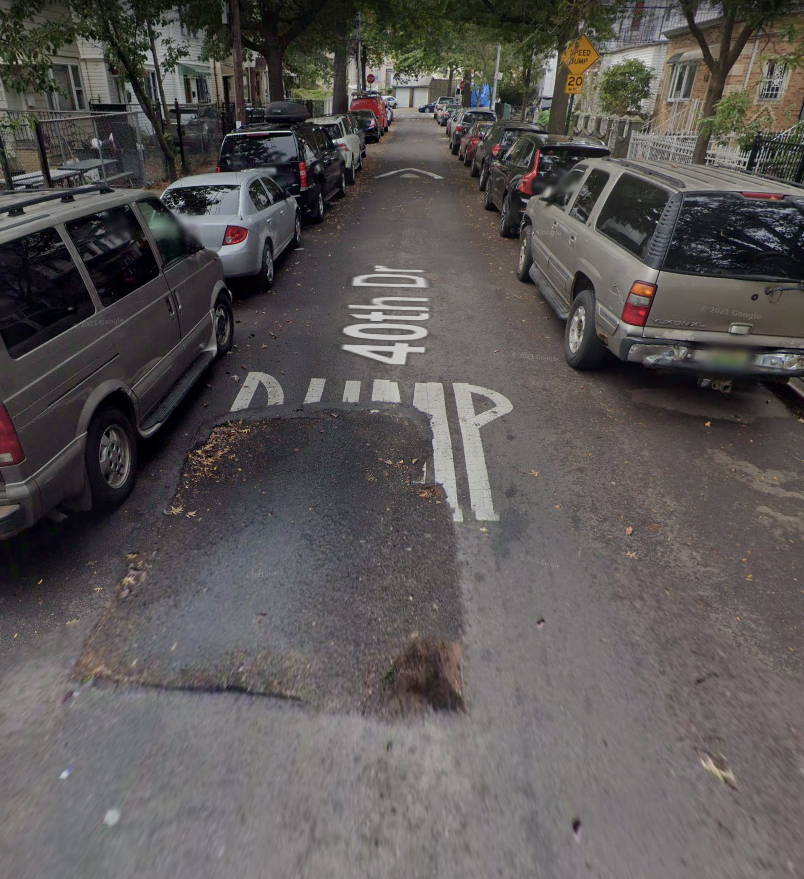 12 days later on January 24 2021, another resident called the DOT to report a “pothole”  and the DOT said they fixed the problem.

However the fix did not work and in May 2021, two residents complained again that the supposedly fixed pothole had become a cave-in. Again the DOT said they would ask the DEP to fix it and that they would inspect it 60 days later. The issue was probably never addressed or not proprely addressed as  a new complaint was received on September 16 2021. Another complaint about the same cave-in was made to the DOT on October 28 2021.  10 days ago, the DOT received a complaint from a resident mentioning a “failed street repair”.

Last Thursday, this failure to proprely address the cave-in resulted in the death of a cyclist.

After the cyclist died, the defect was patched so hastily that it now makes a bump and causes another hazard for cyclists.

Lin Wen-Chiang is the third person to die in a bicycle accident in New York City since the beginning of the year.

The road defect can be seen on Google map (see picture)