After a slow down in March, April and May related to the Covid-19 lock down, the construction industry resumed work in the city. Out of the 5 fatalities, 3 occurred in Brooklyn and 2 in Manhattan. 3 of them were falls. Fall is the number one cause of fatalities on construction sites in New York and in the US.

All the above fatalities were preventable and would not have occurred if the contractors had followed the safety protocols.

The majority of the workers who were injured were working on Manhattan construction sites. While most of them were of diverse nature and classified as “others”, the second most important category of injuries were injuries sustained by workers after they fell.

One worker was injured in an excavation and soil work accident at 85 Columbia Street in Manhattan. No fatalities were reported for this type of accident. The worker was hit by a piece of timber that split in two while it was hammered down by an excavator. The accident could have been avoided if the contractor had communicated the scope, hazards and risk concerns for the work during a pre-shift meeting  and provided adequate protection and safety measures during the operations.

Globally excavation and soil work accident injuries have been on a declining trends in New York City over the last few years. 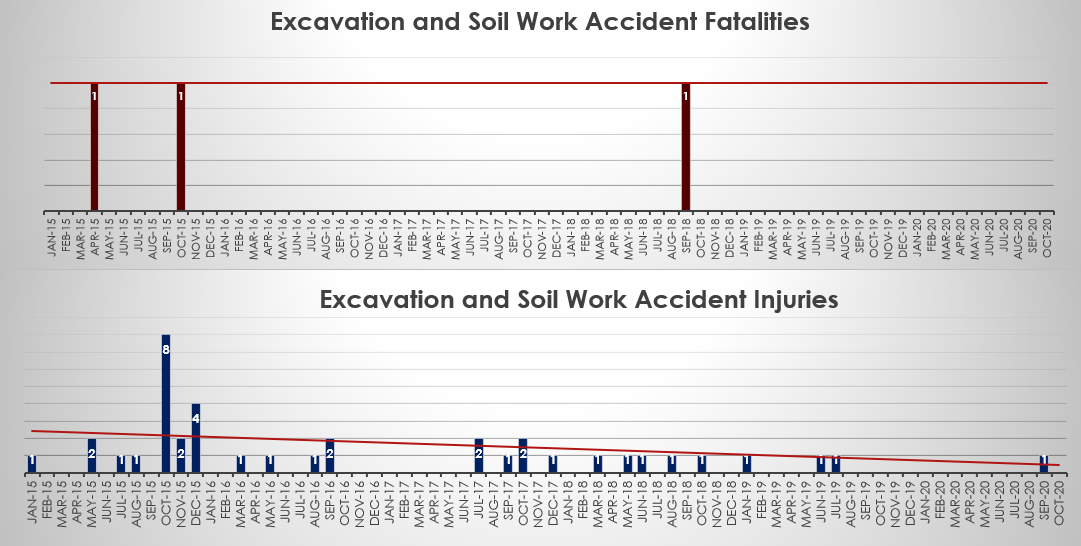 Material falls killed one worker in July (see above) and injured 12 others between June and October . In July, two pedestrians were injured by falling fences. Also in July, a worker lost consciousness for a minute after being hit by a metal pipe that fell during the installation of a curtain wall. A worker suffered a broken toe after a piece of rebar fell on his foot. A worker unintentionally sprayed concrete onto his face when cleaning a concrete hose.  Two workers were hurt by falling debris while on a scaffolding. 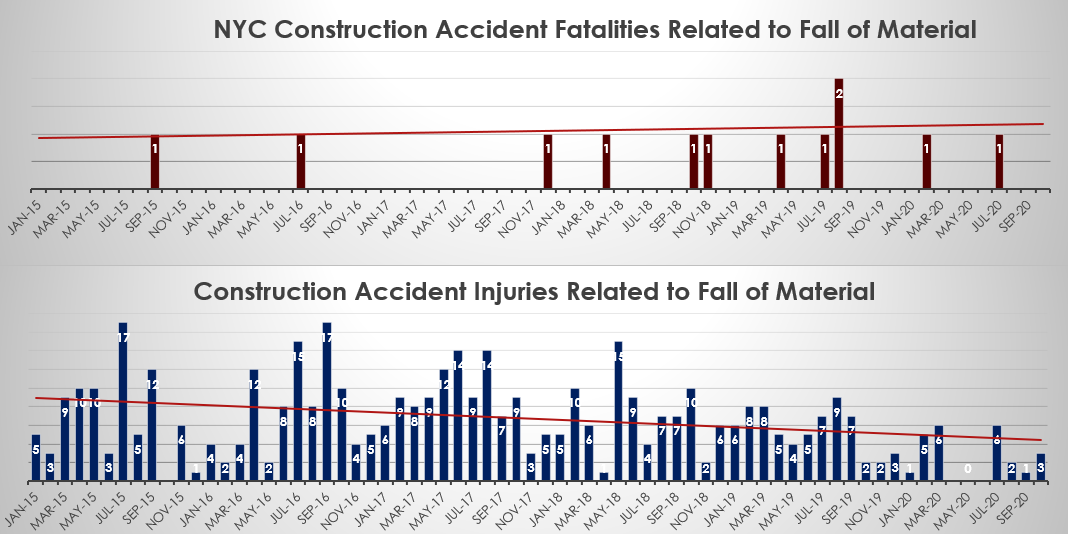 Injuries sustained in construction accidents related to mechanical or construction equipment failure also declined significantly over the last 2 years. Under the period under review, from June 1st, to October 31st 2020, only 1 worker was injured in this type of accident in July in Brooklyn. The worker was an excavator operator who suffered minor injury after his machine flipped over and fell into the basement after a joist gave way.

There were no fatalities and only one injury from construction accidents related to scaffold, shed, fence or shoring installation between June 1st and October 31st compared to 6 a year ago for the same period of time. 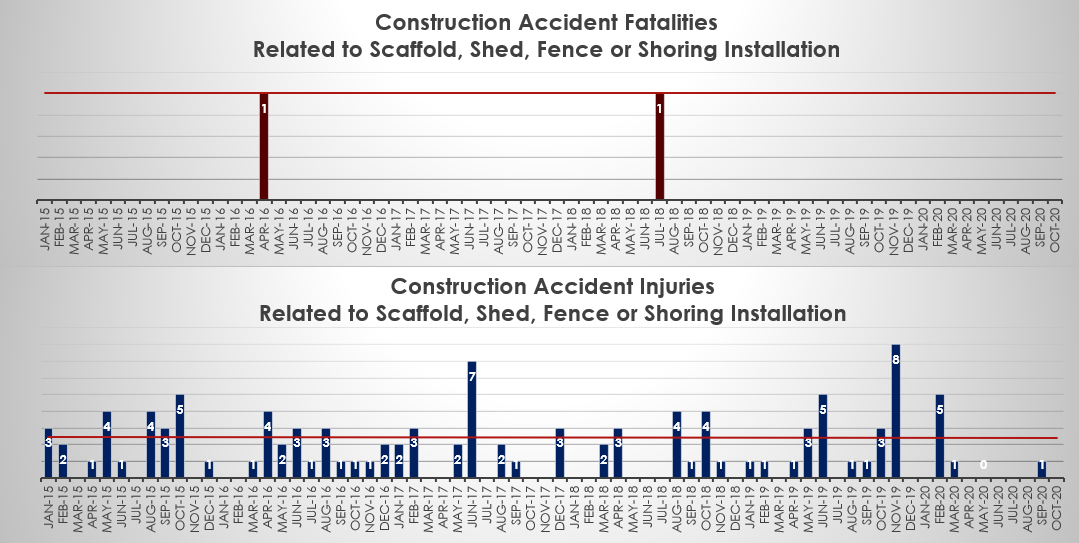 Fall injuries and deaths remained high with 3 workers dying in fall accidents and 63 getting injured in fall accidents. Many cases are trips and falls resulting in minor injuries especially when setting up scaffolds or sidewalk sheds. Falls from ladders are also common and usually result in more serious injuries. Fall from heights are the most dangerous and can result in critical injuries and deaths.

All other accidents that do not relate to the above categories are classified as other. These accidents are often non critical injuries sustained in day to day construction operations such as stuck fingers, lacerations, cuts, bruises, back pain from lifting too heavy loads, etc… They represent a significant share of the total of all categories of construction accidents.