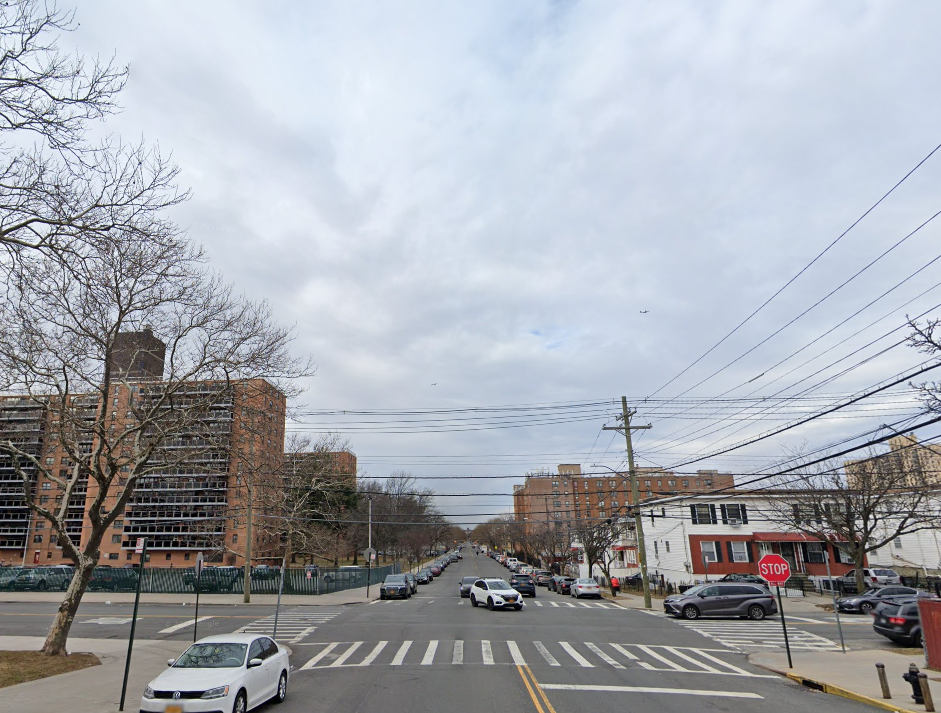 While the penalties for failure to yield to a pedestrian can result to $750 in fine and/or up to 15 days in jail, the NYPD rarely charge drivers who injure or kill pedestrians. Drivers who are ticketed are usually drunk or unlicensed. In most cases, a driver who hits a pedestrian, even though he or she failed to yield to the pedestrian, will not be charged by the police if he or she stayed at the scene of the accident.

The victim was rushed to the hospital where she died from her injury.

80 people died in crashes in NYC since the beginning of the year, the highest since 2014

So far between the beginning of the year and May 12, 80 people died in crashes in New York City.  This is the highest number of fatalities for that period since 2014 when 80 people died in NYC crashes as well. A year before, during the same period of 2013, before Vision Zero started, 90 people died in auto accidents between January 1st and May 12.

Picture of the location of the fatal crash: courtesy of Google Map