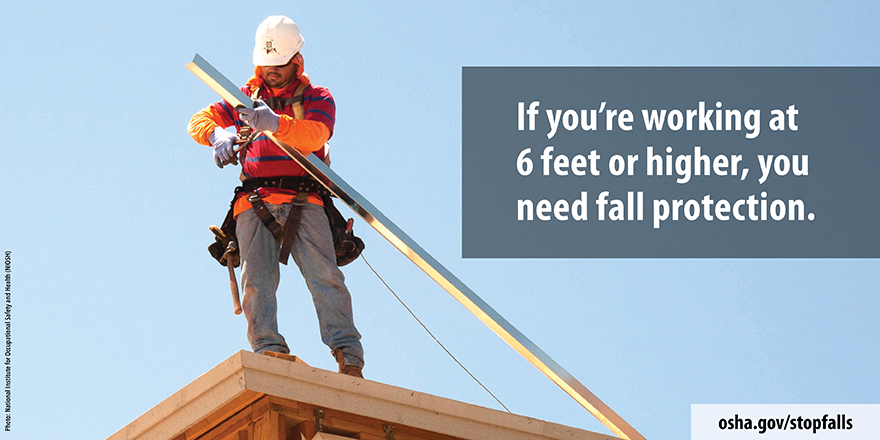 Not surprisingly, fall related violations are the most frequent on construction sites however it is impossible for the the Occupational Safety and Health Administration to send its 2100 inspectors to visit the 8 million construction sites they are responsible for.  Additionally the penalties are sometimes so low that some of the worst employers continue to operate dangerously and even get their penalties lowered despite being cited by OSHA multiple times (see Rich Tiller Case in Nebraska)

In the US, The National Institute for Occupational Safety and Health  (NIOSH) and OSHA are teaming up to organize awareness campaigns such as the  “National Safety Stand-Down” which is a voluntary event during which construction companies are invited to voluntary take time with their employees to focus on fall prevention. The next campaign will start on May 6 and last until May 10 2019.  Hopefully more small businesses will participate.