After reaching a record high at 1,279 last December, pedestrian injuries went down to 1,010 in January. This number is higher than the previous year when they reached 987 but lower than in January 17 when 1083 pedestrians were injured in accidents. While over the last 6 years the pedestrian injury trend is still slightly declining, the 3 month moving average is at its highest over the same period of time which is concerning. 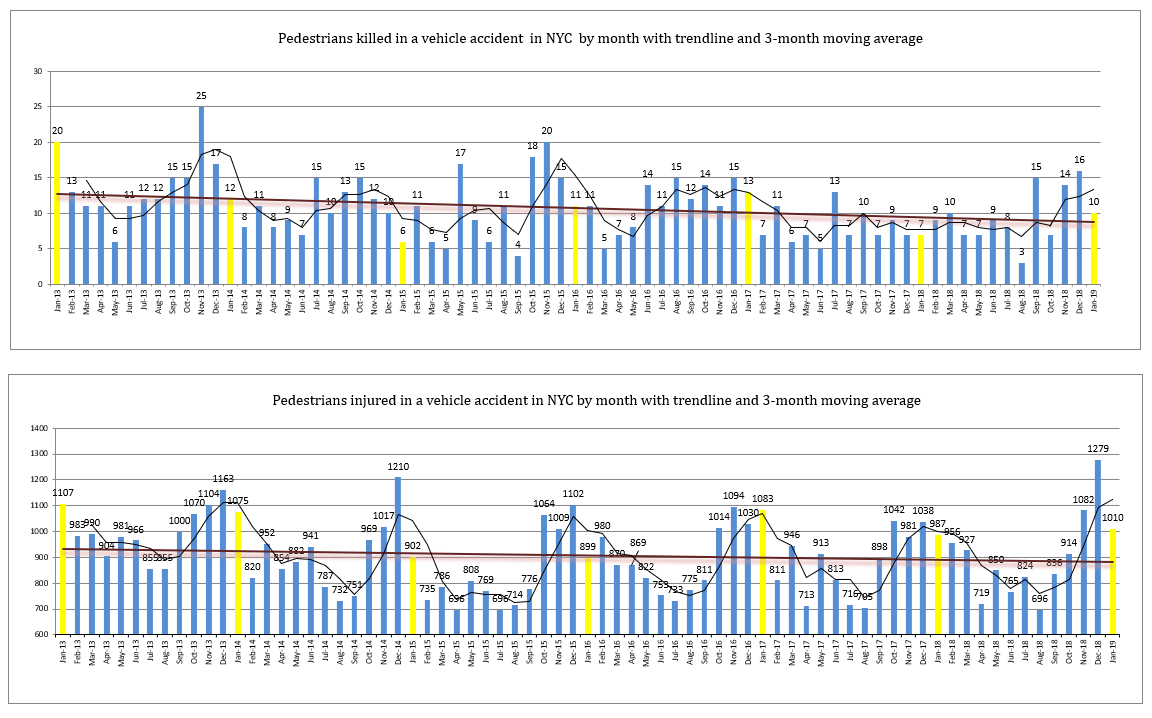 While looking at trends, while the number of bicycle accidents and injuries are on a moderate rising trend over the last 6 years, the fatality trend flattened. 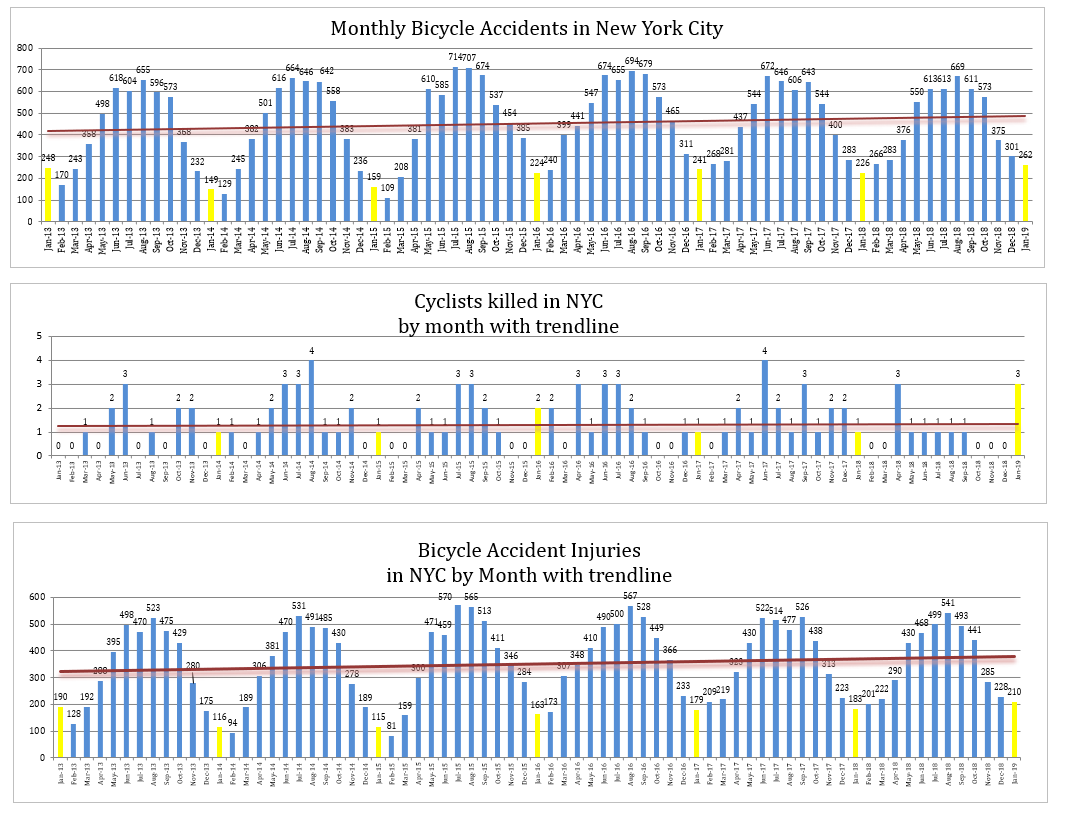