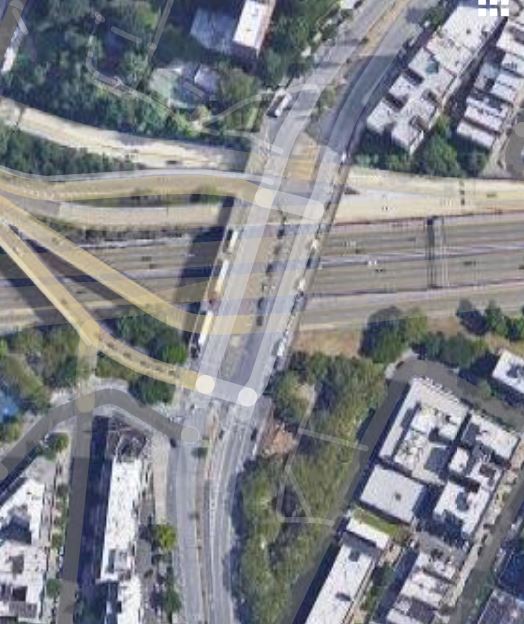 DANGLING AND IN DANGER: 8 people on board a BX35 articulated bus thrown over the edge of University Ave onto the Cross Bronx overnight. Miraculously no major injuries. Work continues to tow away the wreckage. @PIX11News photos: @MTA Latest all morning live from the scene. pic.twitter.com/IdmInocV8l

The bus driver was identified as 55 year old Everton Beccan.  Beccan had been driving for the MTA for the last 11 years without prior accidents.  He submitted himself to a breathalyzer at the scene of the accident.

The accident occurred on Thursday a little after 11:00 pm. In the morning, MTA Interim Transit President Sarah Feinberg confirmed that the driver passed the breathalyzer test but told reporters that the driver refused to provide urine for the FTA-mandated and MTA-mandated drug and alcohol test.

Yesterday the bus driver who was suspended without pay pending internal investigations fully denied the accusations from the MTA. In a press conference with union representatives, Beccan showed medical reports indicating that while he was hospitalized he took a blood test at 4:00 and a urine test at 10:am on Friday.

Picture of the location of the accident: Google Map