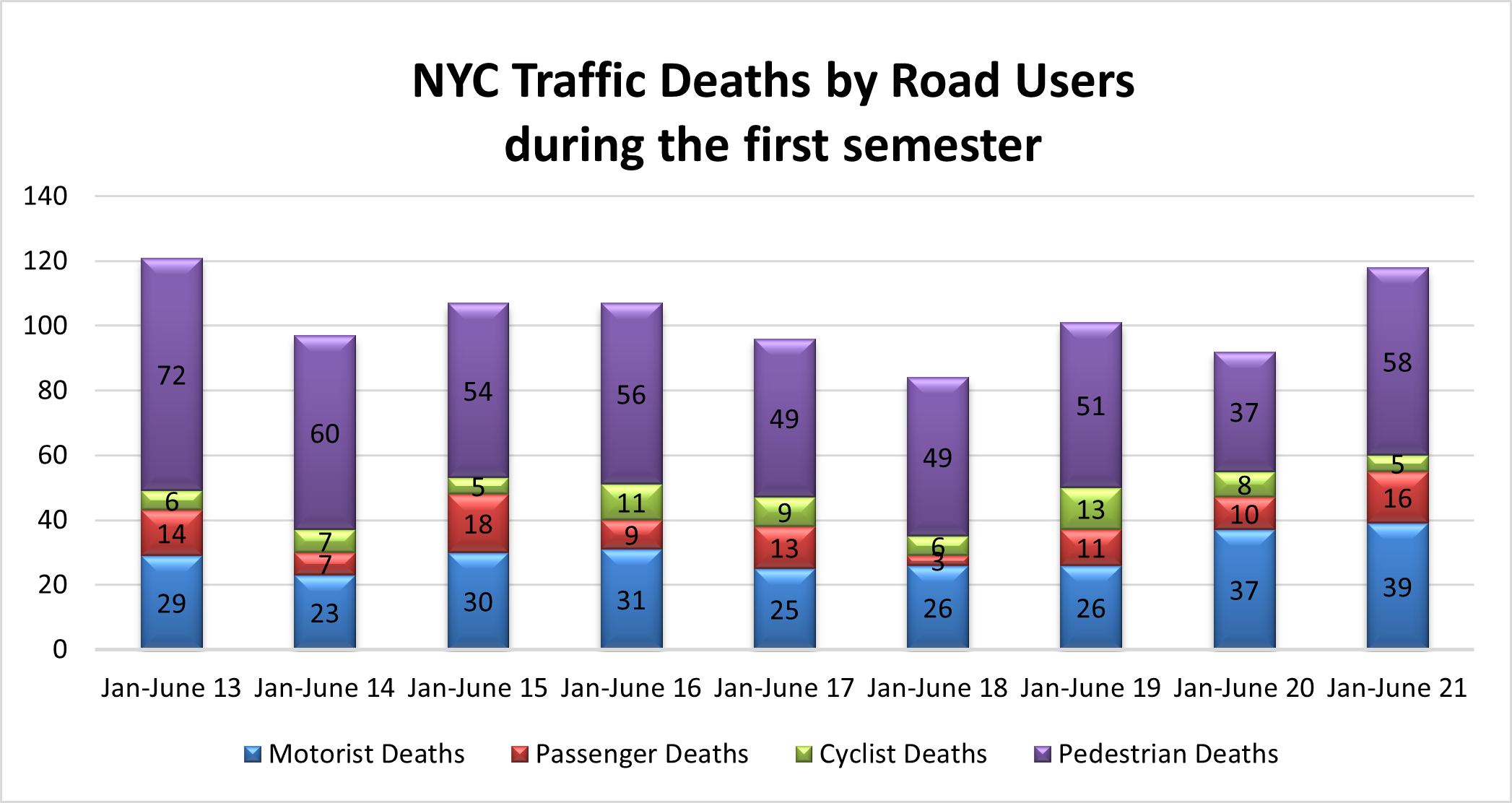 New York City auto accident injuries were lower than usual during the first semester of 2021. Since the beginning of the pandemic last year, less people have been on the road in the city which might explain the decline in injuries. A total of 22,898 people were injured. Among them were 10,975 motorists, 6,492 passengers, 2,303 cyclists and 3,128 pedestrians. 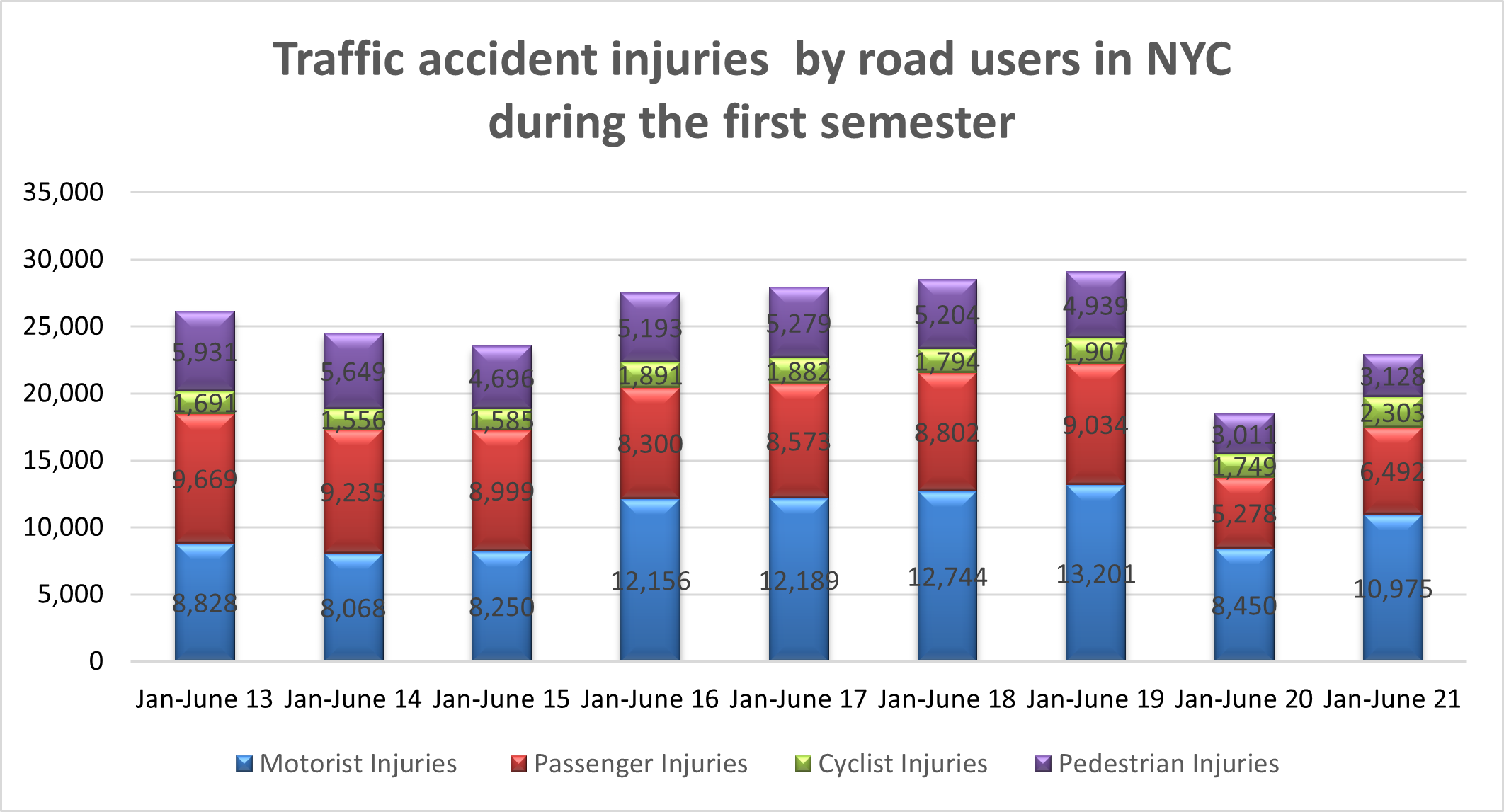 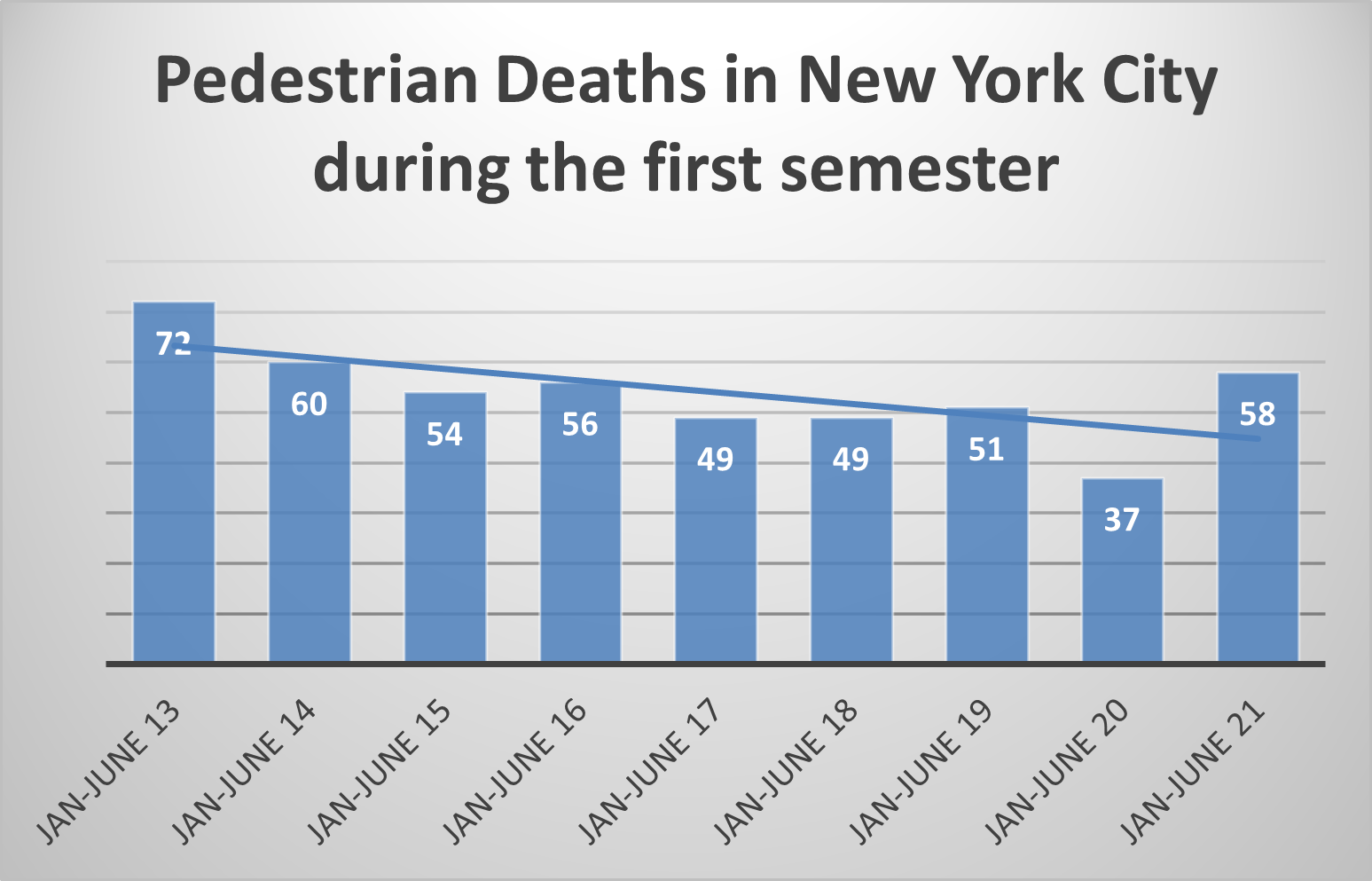 The much lower number of pedestrian injuries might support the idea that the roads are more deadly because they are less busy.  Many New Yorkers have moved out of the city and visitors have not made a full come back. 3,128 people were injured in car accidents in New York City during the first six months of 2021 compared to 3,011 during the Covid19 lockdown period of 2020 and 4,939 during 2019 which was before the pandemic. 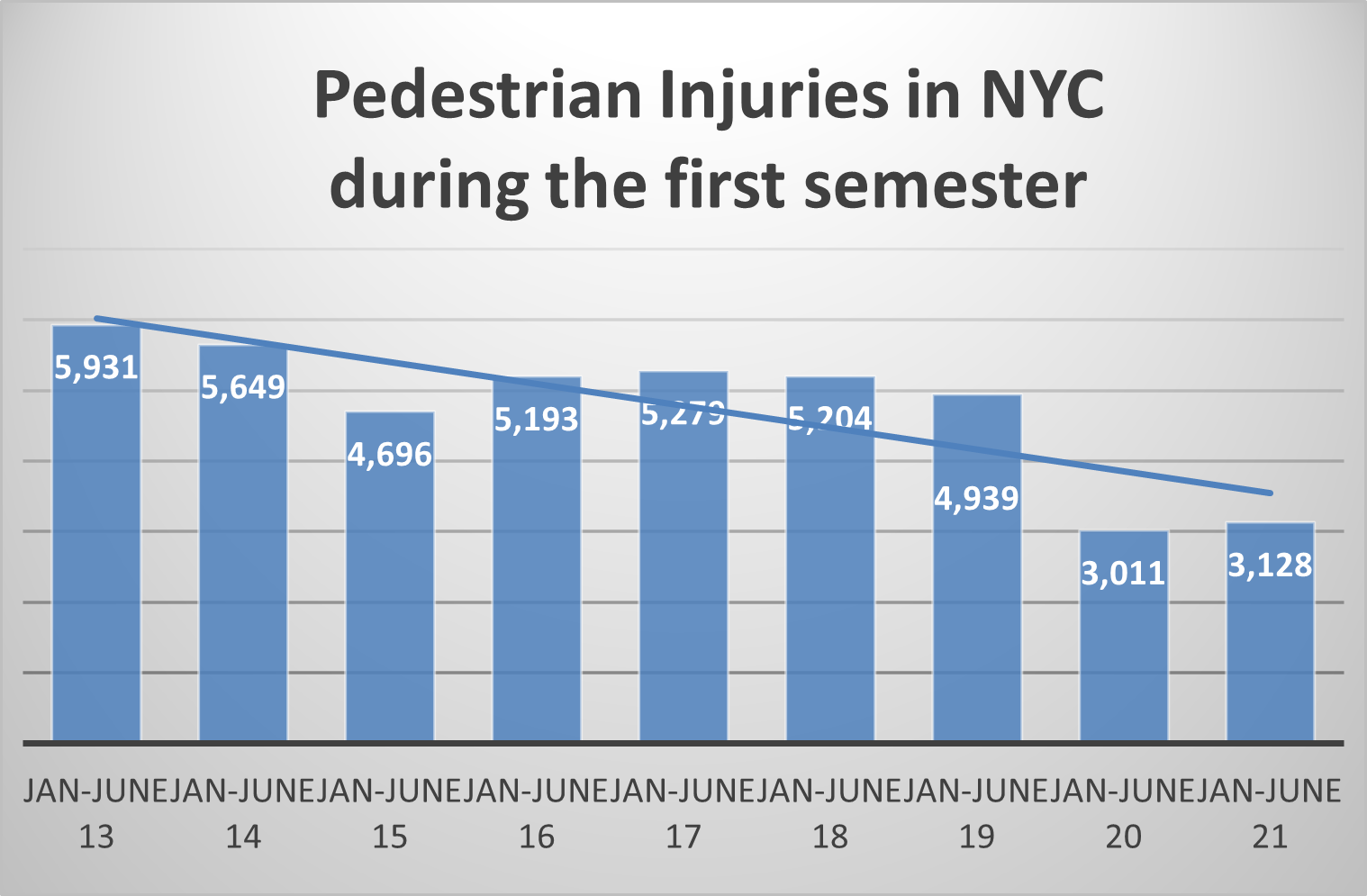 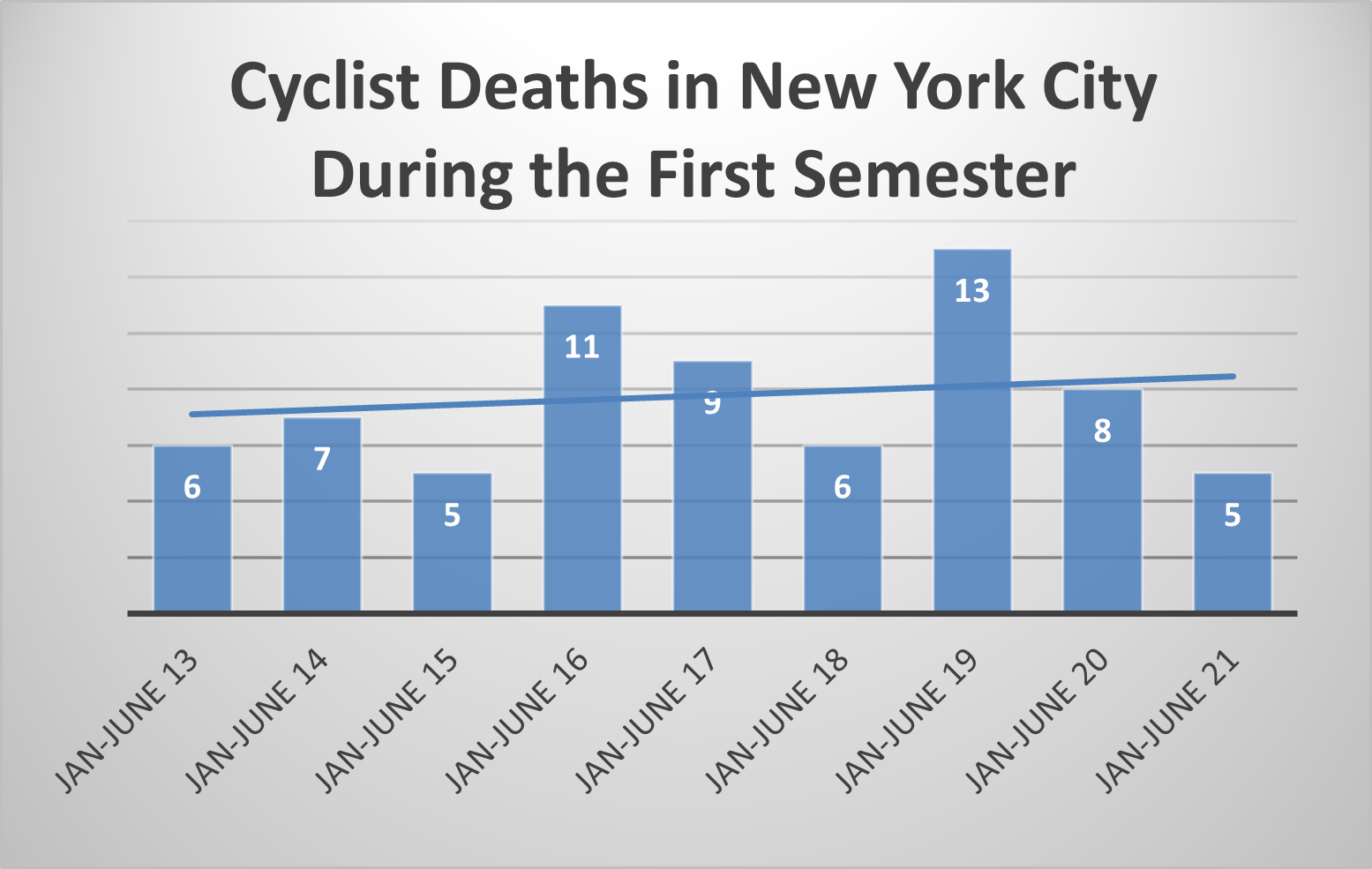 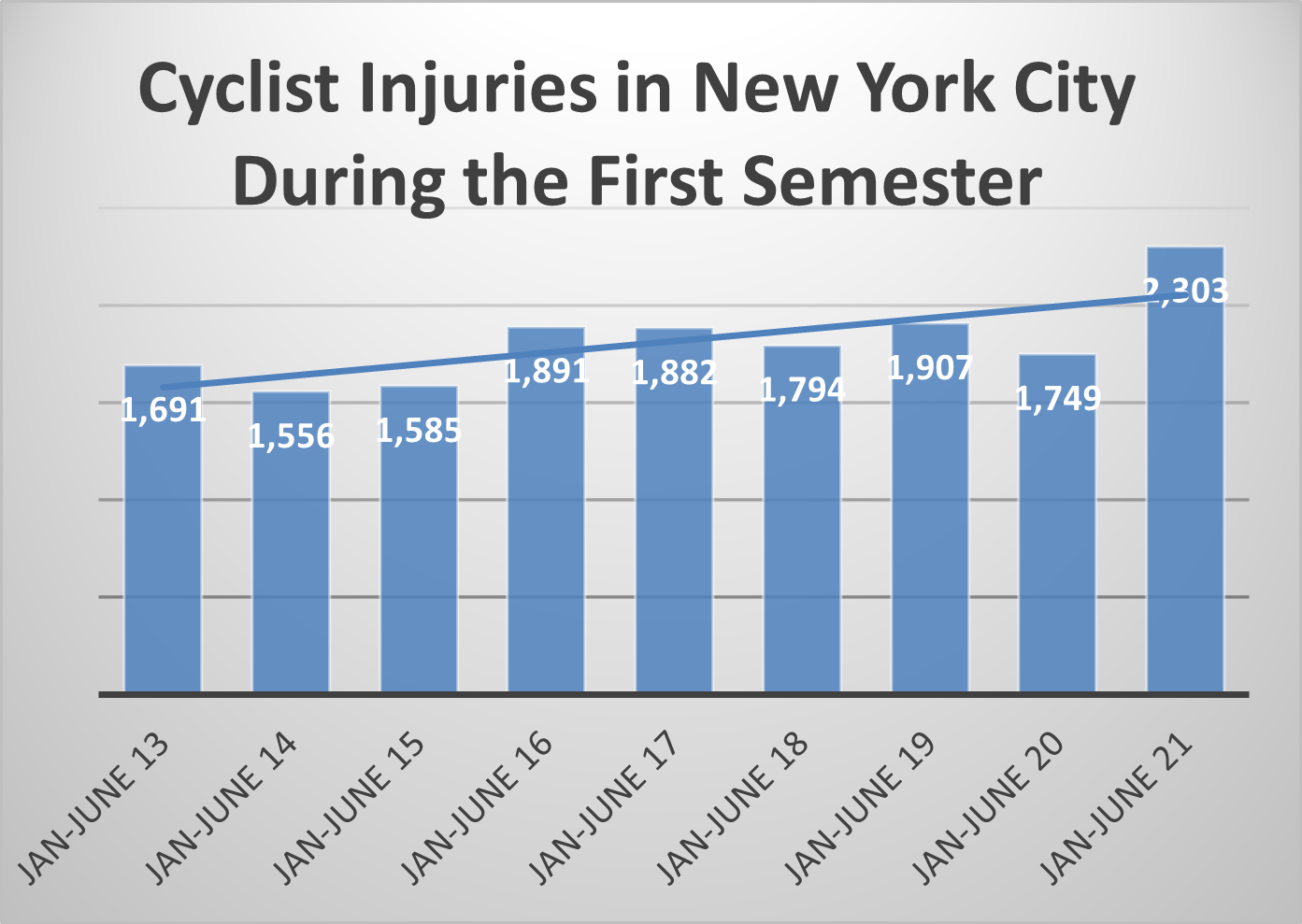 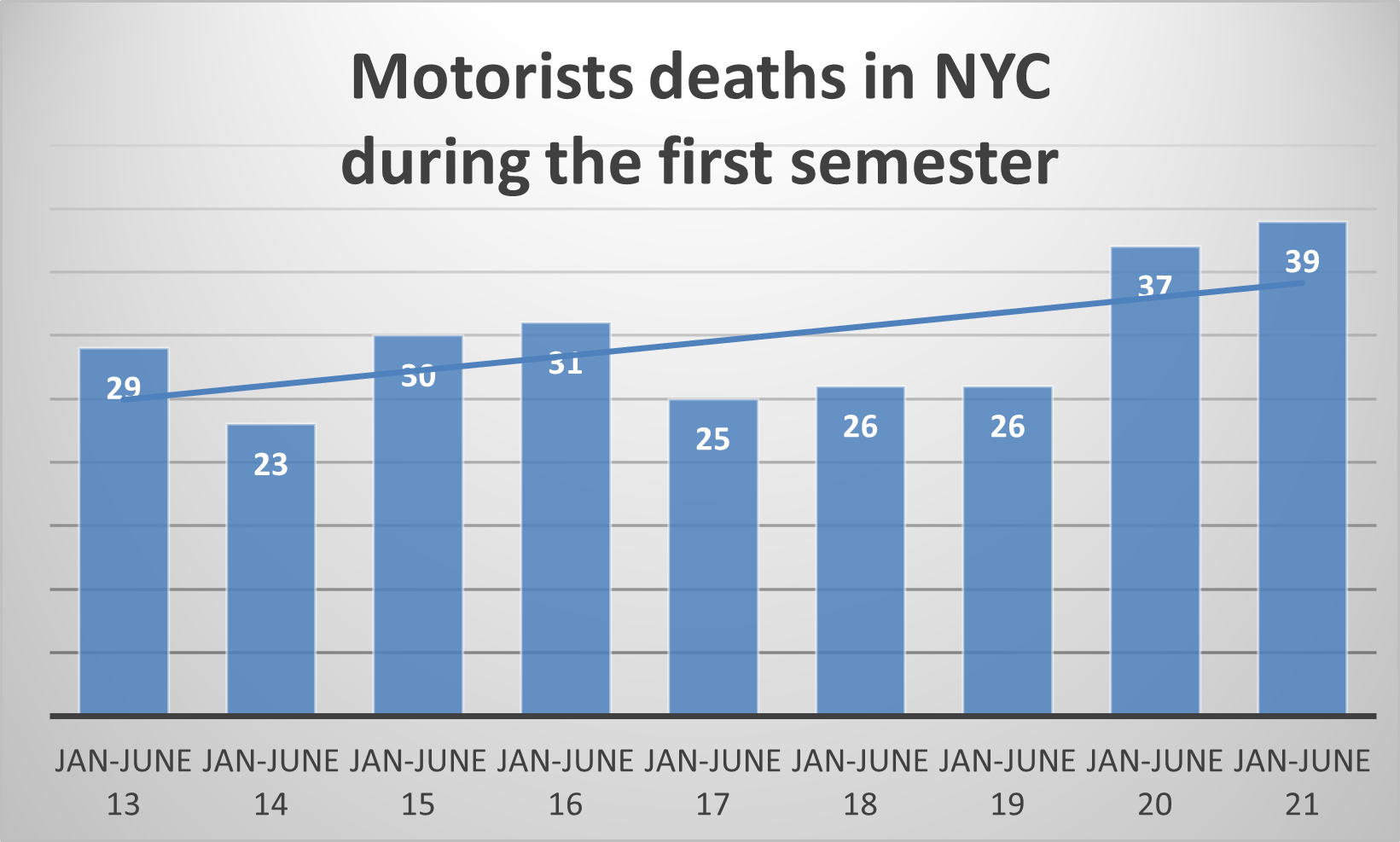 10,975 motorists sustained injuries in accidents in New York City compared to 8,450 for the same period a year earlier. These numbers might reflect the decline in activity in the city. Before the pandemic, since 2016, the motorist injuries for the first semester were usually above 12,000. 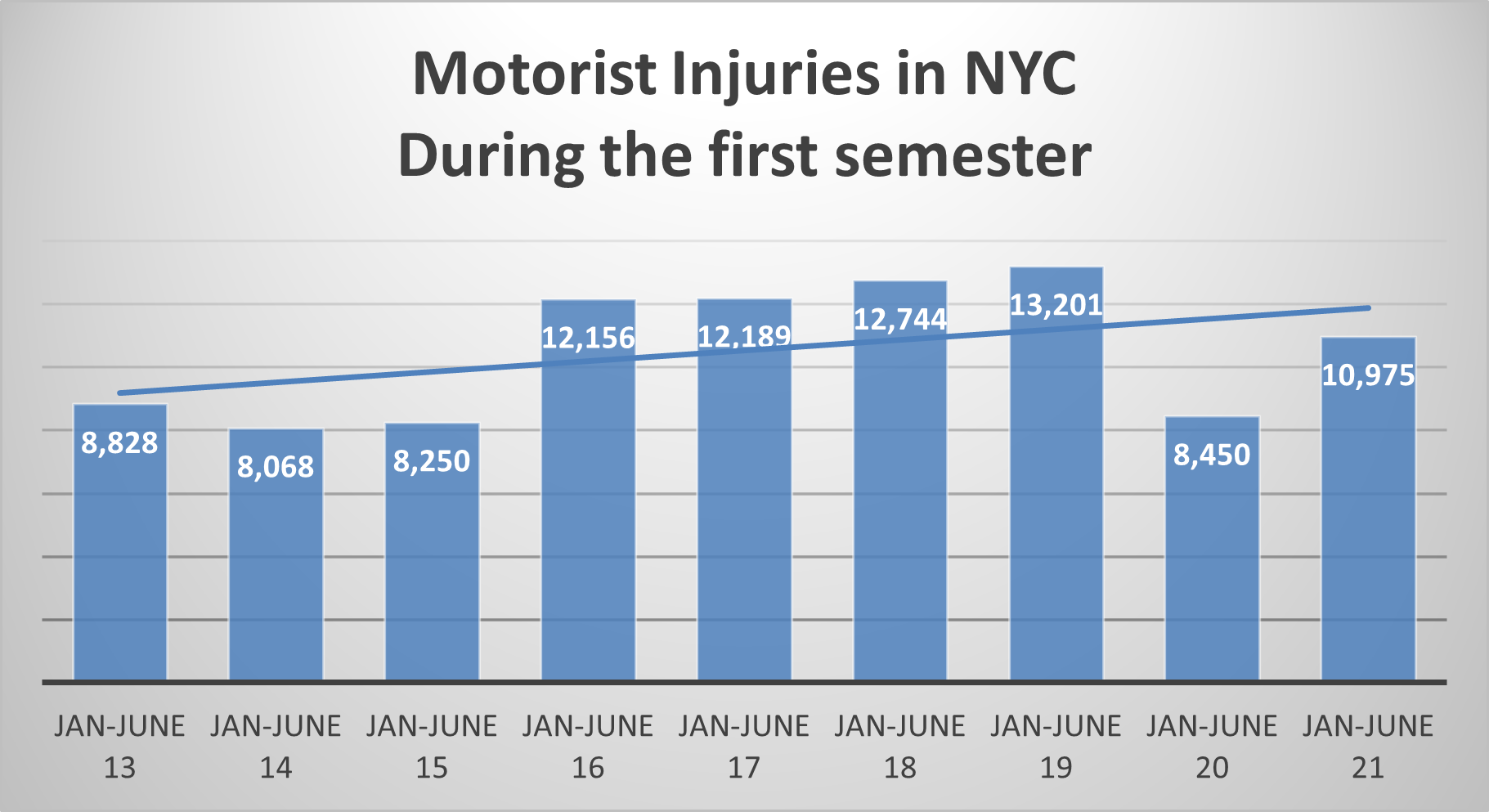 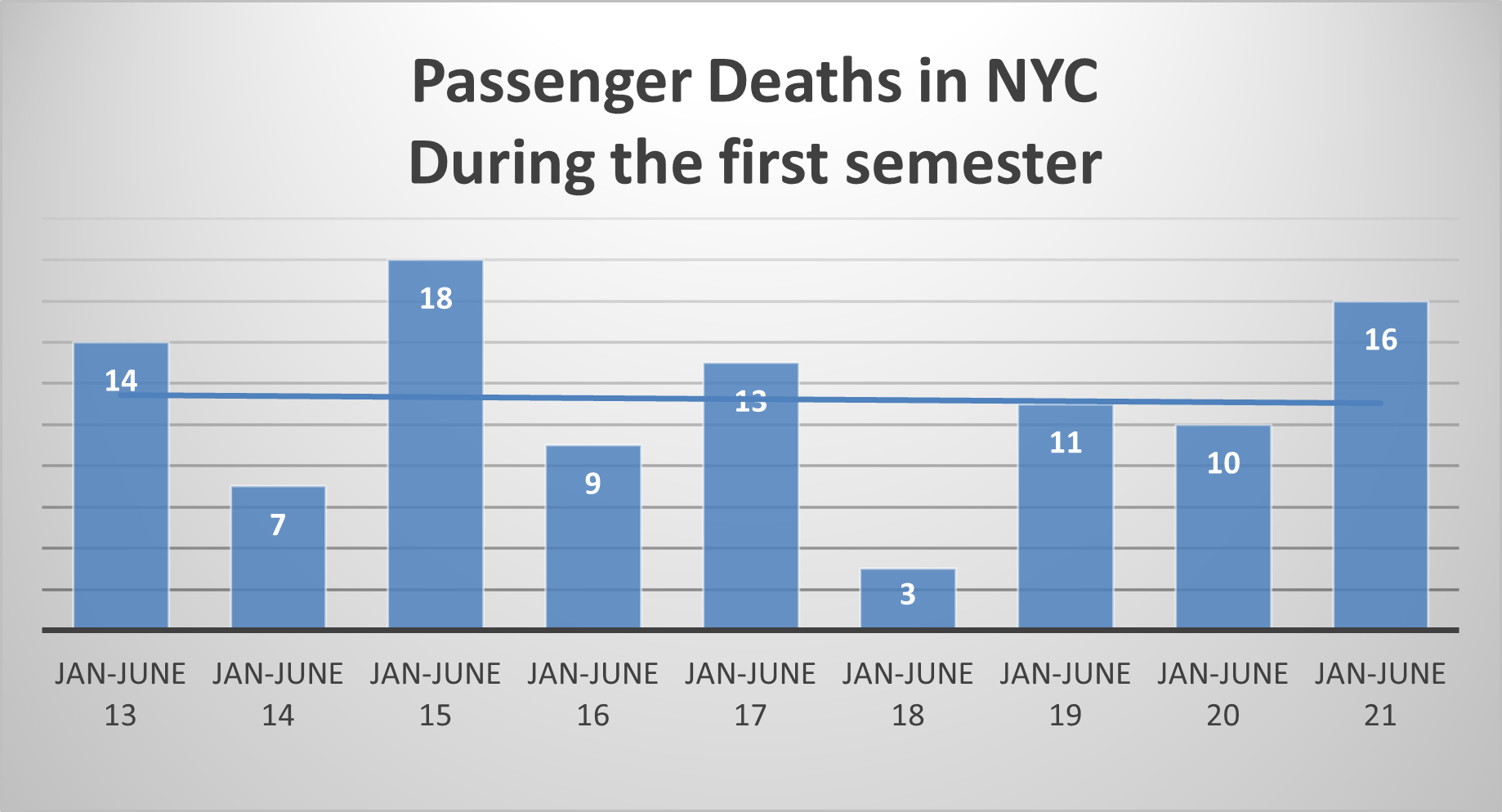 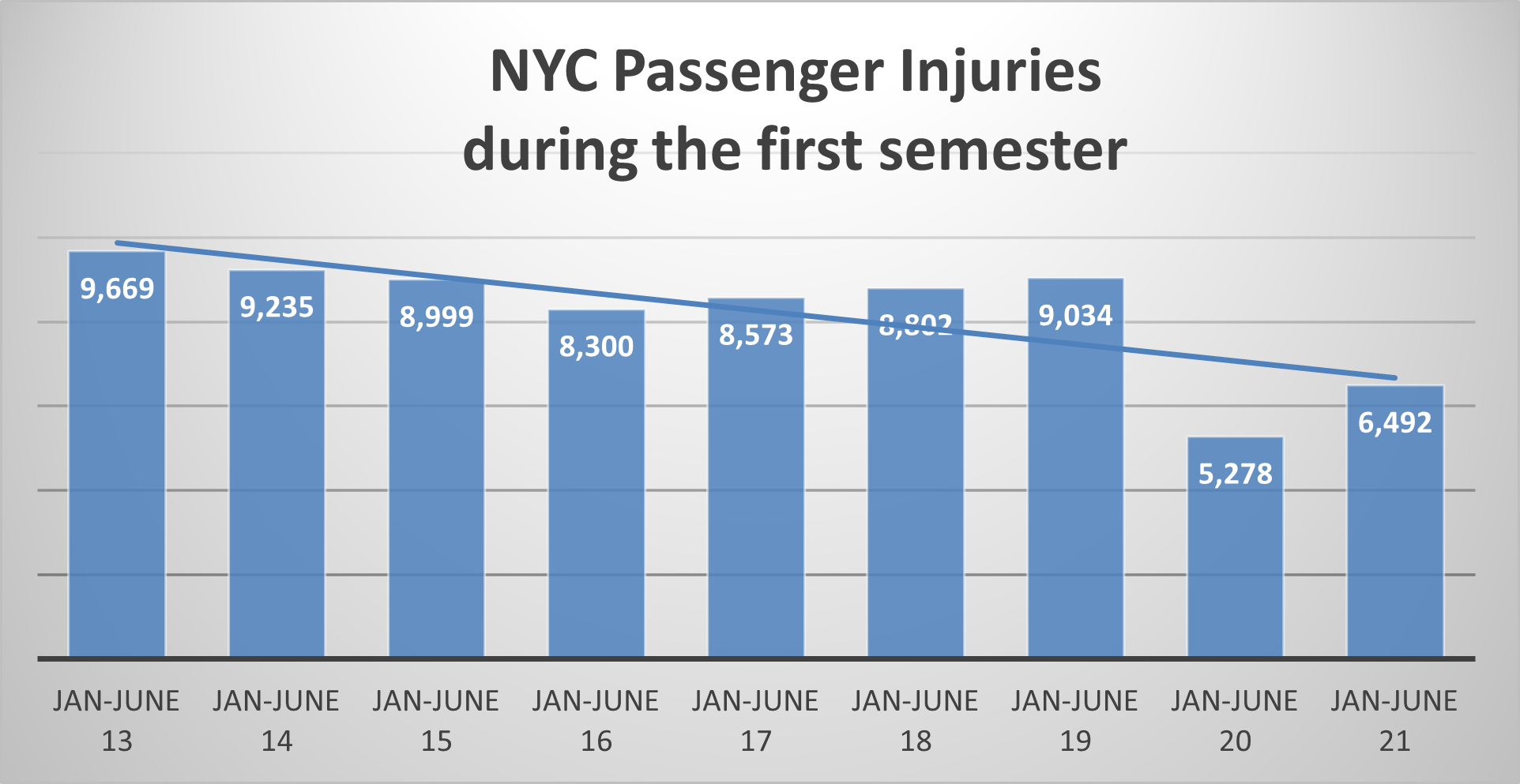