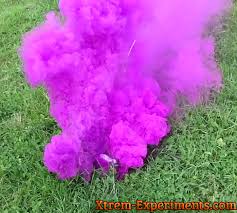 A father to be died and his brother was injured after a homemade pyrotechnic device they were preparing for a gender party exploded in their garage on Sunday.

28 year old Christopher Pekny learned around Christmas that his girlfriend was pregnant. The couple had planned a gender reveal party on Sunday to announce that the baby was a boy. Christopher Pekny was in the garage with his brother Michael preparing the gender reveal device that was intended to explode in a cloud of colored powder. However the device exploded earlier than planned while the two brothers were setting it up. Christopher died and Michael was seriously injured in the knee by flying shrapnel.

Not much information is available  about the exact nature of the device only that it was in the shape of a pipe. Investigation as the nature of the explosive is still ongoing.

Sadly this is not the first gender reveal accident of this type. At the beginning of this month, in Michigan, a guest was killed by a homemade explosive device  at a gender party. The future parents had planned to fire a canon to announce the gender of their child but something went wrong and the gun powder inside the canon exploded, destroying the canon and sending debris all over. A 26 year old guest died after being hit in the chest by a piece of the canon. In California a couple set a forest on fire after using a smoke generating gender reveal device. The El Dorado fire burned more than 7000 acres of forest in Southern California and a firefighter died while trying to stop that fire. In Australia, a car that was supposed to blow blue powder caught on fire.

Picture of a home made raspberry smoke bomb made with rhodamine B.: Wikipedia