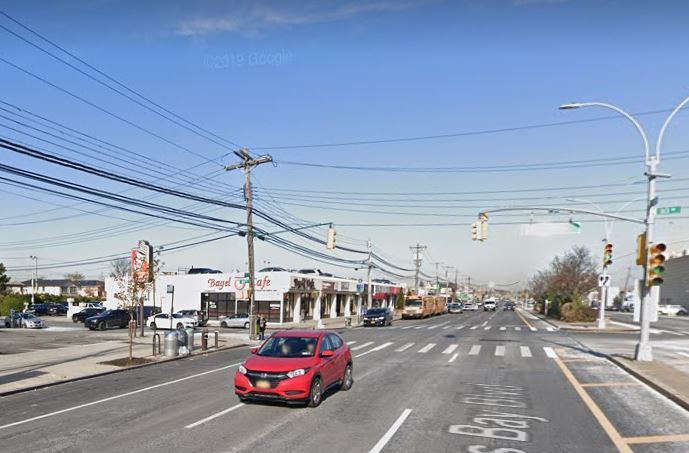 A pedestrian was transported to the hospital with critical injury after being struck by a car in New Yok City.  The pedestrian, a young woman in her twenties was struck by a Mustang around 11:30 pm last Friday at the intersection of Cross Bay Boulevard and 163rd Avenue, in Queens (see Google map picture on the left) . The  31 year old driver stayed at the scene of the accident and was not charged. The pedestrian was found by EMS unconscious with critical injuries to her legs and head. She was rushed to the hospital to be treated. Read more in the Post

Another young driver lost control of his car, flipping it over and crashing into a house in Long Island. The 19 year old man has been arrested by the police and is facing DWI charges. Thankfully the person inside the house at the time of the accident was not injured.

Another driver lost control of his car in Airmont, Rockland County and crashed into a Planet Fitness gym. The gym was open at the time of the accident but luckily no one was exercising in the area where the car landed. The gym was closed for the rest of the day to repair the damages.