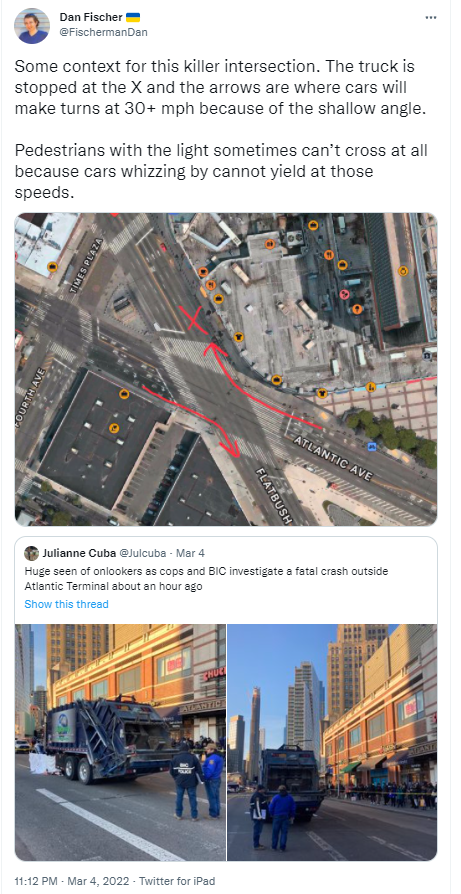 After the accident occurred multiple people commented on social media about the danger of the intersection and complained that it was extremely dangerous for pedestrians to cross even when the light was in their favor because drivers were turning fast and not yielding to them.

Read more in the Brooklyn Paper