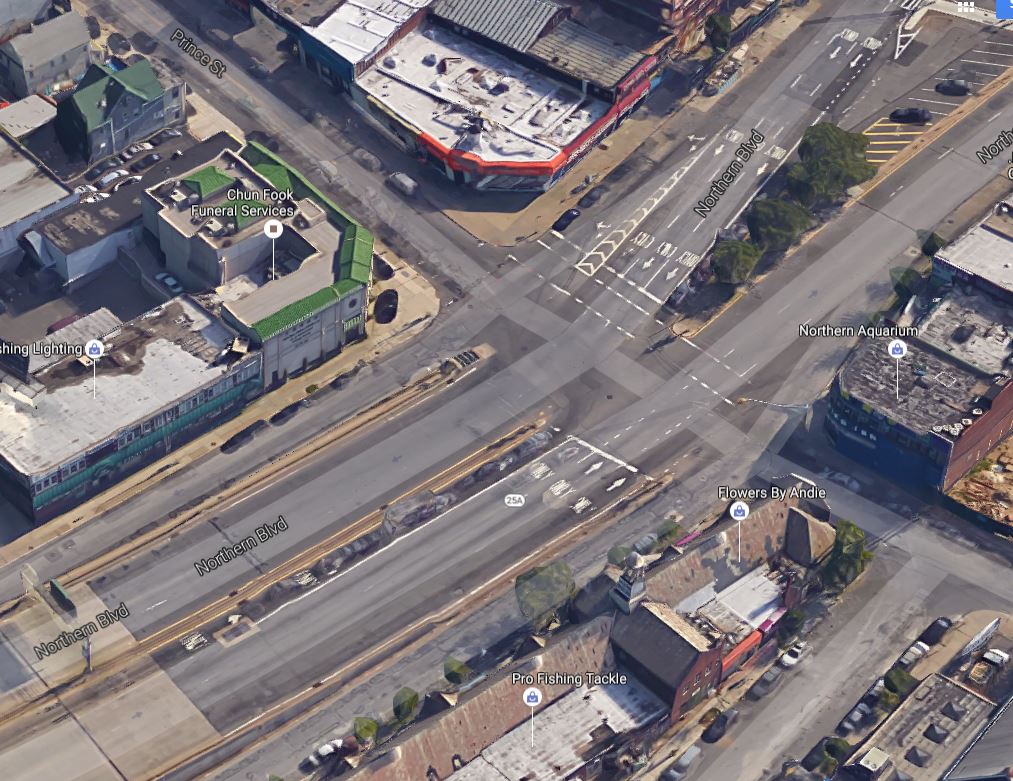 Picture: aerial view of the intersection of Prince and Northern Boulevard, courtesy of Google Map